Meghan Markle steps out in another Toronto label | TRNTO.com
Skip to content 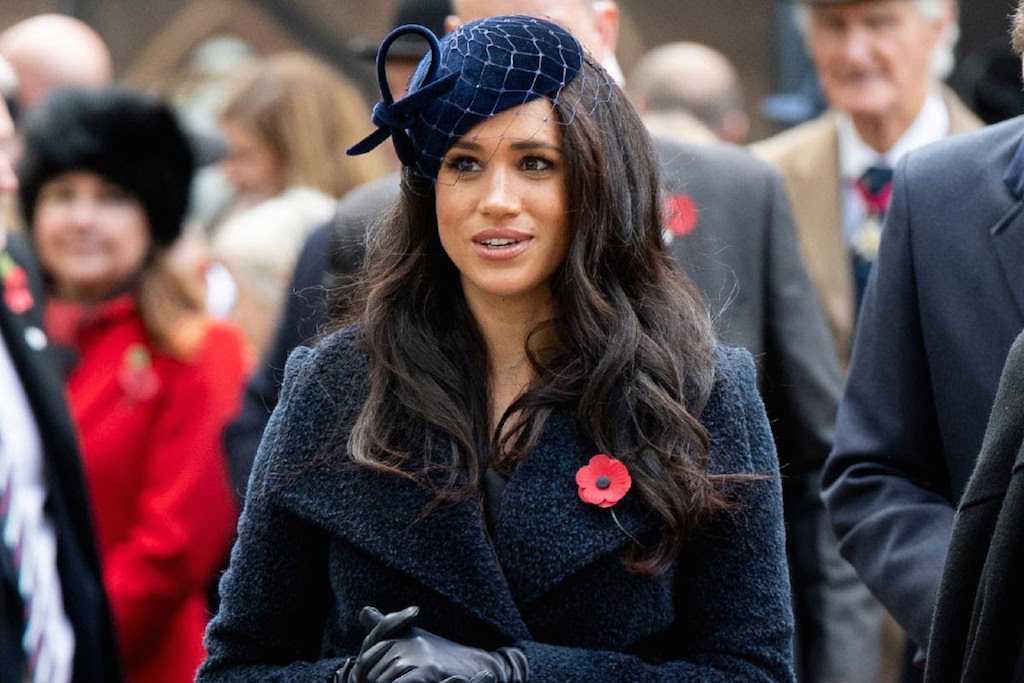 Duchess of Sussex Meghan Markle is no stranger to Canadian fashion designers. She often wears pieces from Canadian label Aritzia. She announced her engagement in a coat from Toronto’s Line the Label. And, like her sister-in-law, she is a fan of Smythe jackets. On top of all this Canadian love, an outerwear brand she often goes back to is Sentaler.

Most recently, she wore one of her first Sentaler coats from the 2015 collection to the 91st Field of Remembrance ceremony at London’s Westminster Abbey. The Duchess chose this long, wide collar wrap coat in a midnight navy for this occasion.

She attended the ceremony alongside her husband, the Duke of Sussex, and hundreds of veterans and their families. Those in attendance stood in silence for two minutes to honour those who lost their lives in service of their country. Both the Duke and Duchess planted a cross in the field to represent a member of the Armed Forces who gave their life. Members of the Armed Forces and the public will fill the field with crosses in the coming days.

Though the coat is from an older collection, Sentaler is re-releasing it for those eager to mimic Markle’s style. It is currently available for pre-order for $1,995. Sentaler coats are known for their use of alpaca wool as well as their signature ribbed sleeve detailing.

The designer, Bojana Sentaler, started the line after a chance meeting with Karl Lagerfeld. Growing up in Toronto, she is no stranger to Canadian winters and knows the importance of a warm coat. She also spent some time in Peru where she discovered alpaca fabric and chose to use it for her line of luxury outerwear.

The alpacas are sheared in an ethical way as the animals are protected by the Peruvian government. Sentaler is also a fair trade company that works with and supports Peruvian families.