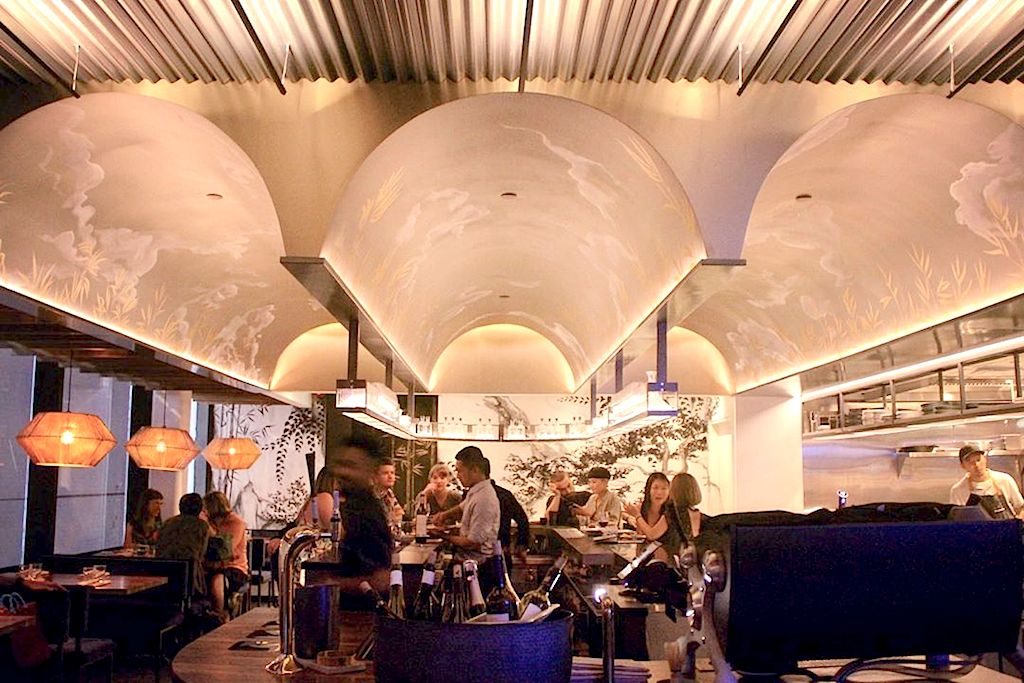 Mineral, the new spot from executive chef Daniel Cancino, is changing the face of Rosedale. In a sea of upscale European restaurants and bougie juice bars, the people at Mineral are bringing some Asian inspiration into the mix.

At the corner of Yonge Street and Roxborough St. E., a neon blue sign on a wall of windows invites guests inside to try the new and exciting flavours they are bringing into the area. Upon entering Mineral, patrons will find a coffee bar in the entranceway with imported beans that were hand-selected by their staff on a recent sourcing trip to El Sapo farm in Tarqui, Huila, Colombia. By day, this spot doubles as a coffee bar before the restaurant transforms into a swanky and creative dinner venue.

Chef Daniel Cancino, who is known for introducing Filipino cuisine to Queen West with his beloved Lamesa, was ambitious when creating  this new spot. Since Lamesa on Queen closed down and we patiently wait for the Lasa to re-open on St. Clair West, it’s intriguing to see what chef Cancino will do with this new spot and how it will transform the culinary face of the neighbourhood.

Chef Cancino has put together a collection of dishes that feature flavours prominent in Filipino cuisine with inspiration from South East Asian cooking as well as contemporary bistro dishes. In his new menu, Cancino is able to showcase his love for all South East Asian flavours, styles, and techniques instead of solely focussing on one specific flavour profile or cuisine. Mineral’s menu is Cancino’s most mature yet, allowing him to express his experience as a chef in Toronto and share his passion for cooking with a new neighbourhood.

The menu is separated into a cold bar and a selection of hot plates, all of which are perfect for sharing. Both sections of the menu have smaller and larger courses, but for the most part, this menu was made to taste. Chef Cancino, like in his other restaurants, encourages the guests to try as many different dishes as they can and share amongst their friends, allowing for everyone to get a taste of his different inspirations.

The menu includes highlights like the salt spring mussels topped in a coconut foam; the liver mousse dumplings with macerated mango, onions, chicharrones and radish; and larger plates like the Wagu flat iron steak, which is served sliced and accompanied by chimichurri, sea asparagus and a bone marrow butter.