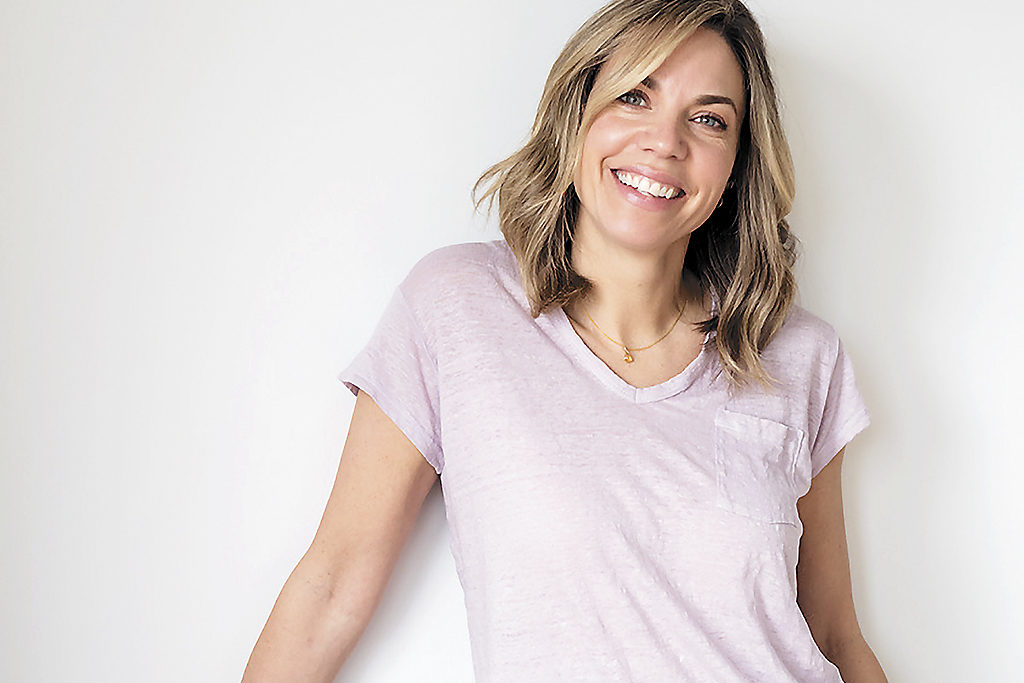 The inspiration for Alyssa Kerbel’s gender-neutral children’s clothing line came not from the desire to start her own company, but from the necessity to fill a gap in the market.

“After I had my daughter, I wanted to dress her in a similar way to how I dress, which is very much sort of casual basics. And that didn’t really exist at the time for her,” Kerbel says. “I wanted something in muted colours; something that was gender-neutral; something that I could justify paying a little more for knowing that, if I had another baby, I could pass it down again and again.”

So Kerbel, at the time running a fashion sales agency, decided to create a small collection of infant basics and send out the packages to a variety of potential retail partners. The response, she says, was positive, and so Kerbel kept working on it as a side hustle for seven years. In 2014, she sold the fashion sales agency and decided to focus solely on mini mioche.

When Kerbel looks back on her time at Leaside High School, she says she wasn’t entrepreneurial, though she was always hardworking.

“I can say that I always had a strong work ethic,” she says.

When Kerbel started mini mioche, she hired a production manager to source fabrics and factories for producing the clothing, and Kerbel focused on the marketing, branding and sales. Part of that was thinking of ways to market the company so that it stood apart from others. Although “organic,” “sustainable” and “ethical” may be buzzwords now, 10 years ago, they were new to the market — especially for children’s clothing.

“The fact that [the company] was sustainable and that we were using organic cotton and those types of fabrics that were kind of new to the market just made it that much easier to sell,” Kerbel explains. “Aside from wanting to do things in a way that has as little a carbon footprint as possible, it also made it a point of difference for the brand.”

The other major point of difference is the brand’s gender-neutrality, although Kerbel says it wasn’t something she really thought about in creating the clothing.

“I just thought of it being great basics for baby. It didn’t really matter their gender when they’re wearing a basic onesie in a good colour or a basic tee or pants,” she says.

Kerbel says that now the brand is definitely marketed with that in mind: in their stores and online, clothes are separated by category (tops, bottoms, sleepwear, etc.) rather than gender.

The company has taken that one step further. In mid-May of this year, mini mioche released a limited edition Pride collection with 10 per cent of sales going to The Trevor Project in the U.S. and the LGBT+ YouthLine in Canada. Both organizations support LGBTQ+ youth.

“I wanted to create messaging for kids around the idea of inclusion and respect and kindness and understanding.”