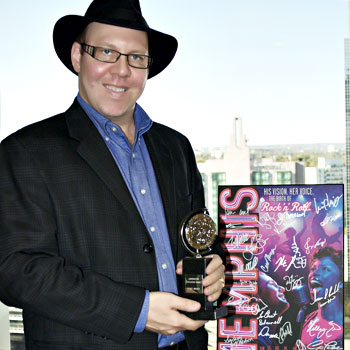 Theatrical impresario Aubrey Dan of Dancap Productions, which produces Broadway-calibre shows in the city, has once again been left out of a major partnership with one of the city’s finest venues. The company’s rival, Mirvish Productions, recently announced a collaboration to co-produce and cross-promote programming with the Sony Centre for the Performing Arts.

“Clearly from my perspective this is just another move to basically try to keep Dancap from gaining a stronger foothold in downtown Toronto,”  said Dan, who also lost out to Mirvish in a battle over the prestigious Canon Theatre (formerly Pantages).

Although Dan has expressed interest in the Sony Centre, he has moved on to secure a five-year contract with the Four Seasons Centre for the Performing Arts. Thanks to the success of his latest project, South Pacific, which ran at the centre last summer, Dancap will be bringing the show back to kick off their 2011 subscription season.

“I’m very excited that we really have a first-class lineup of the best of Broadway shows coming to Toronto and they are now accessible and easy to get to,” he said.