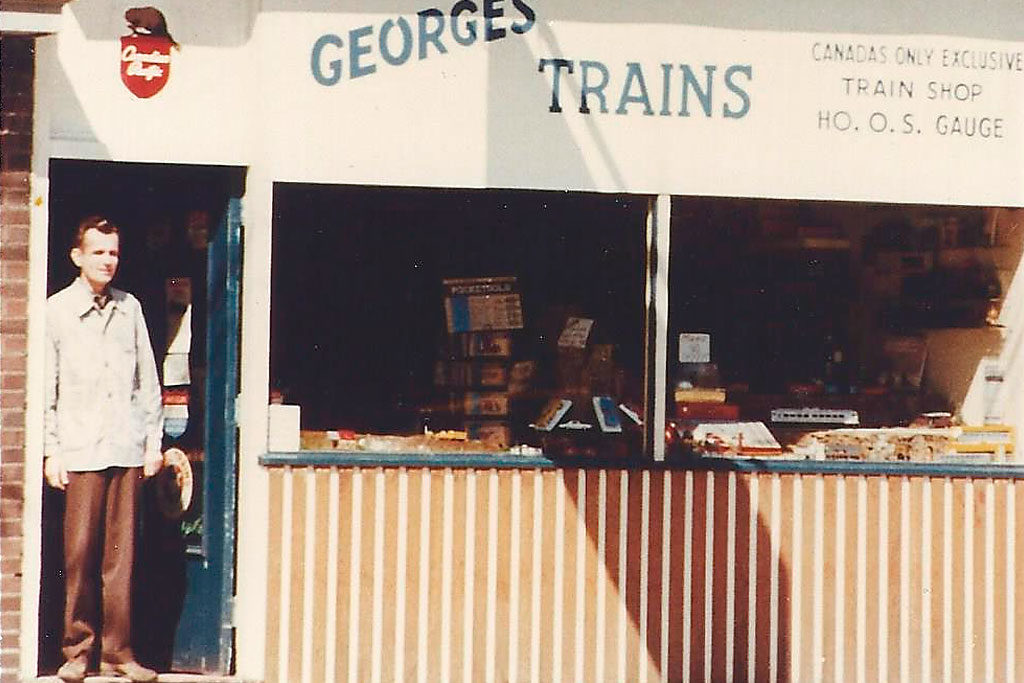 George’s Trains has been a world-renowned destination for model railroad hobbyists since 1962 when George Olieux first opened shop on Mount Pleasant Road. After George died in 1995, his sons Richard and John took over the business. They moved their shop to Markham, near the CN main line, in 2007. With memories of model trains under Christmas trees chugging back into our cultural consciousness, Richard Olieux shares his dad’s encyclopedic knowledge of trains at the new shop.

How have model trains changed through the decades?
It has changed a lot. There used to be more children involved, and now it’s more adults. The hobby has developed a lot more as well. They’ve gone to Bluetooth now. A lot of them have the sound now, taken from an original recording from real trains and transposed down onto a tiny little computer chip, played through speakers.

Why are model trains the perfect gift for kids?
If their grandparents have model railroads, kids look forward to seeing the trains. But for whatever reason, the parents haven’t taken it on, either space or time. I think it’s sort of a lost area. Children don’t have the same imagination that they would get from a model railroad and hobbies in general. It also helps them develop patience and fine motor skills.

Any famous faces pop in to George’s Trains?
My father sold Neil Young his first Lionel train. I think it would have been in the ’60s because he didn’t live too far from the store. Neil used to drop in occasionally when he was in town. We’ve had Frank Sinatra and Mandy Patinkin in here. Michael Douglas was in here for an hour and a half. Shania Twain bought a train from us and sent it over to Switzerland when she was living over there.