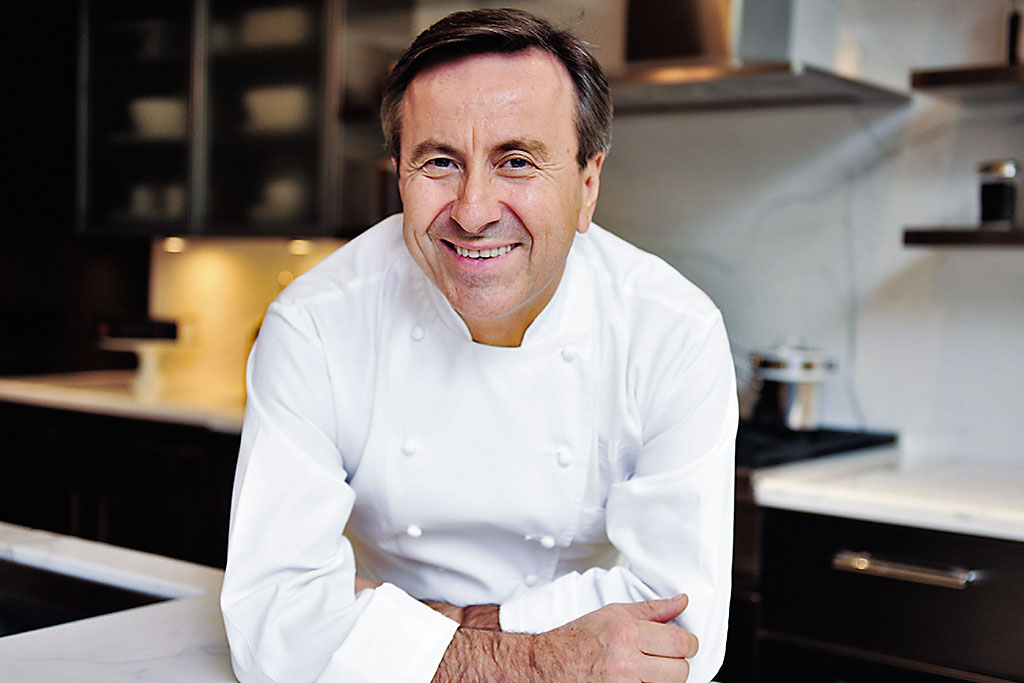 Over the last couple of months, a number of restaurants across Toronto have been forced to close their brick-and-mortar locations, unable to survive the significant loss of revenue, high cost of rent and staffing shortages caused by the coronavirus pandemic, not to mention the added difficulty of learning to navigate the long list of seemingly ever-changing rules and guidelines surrounding the city’s dining scene.

According to a recent survey conducted by Restaurants Canada (a not-for-profit entity representing the nation’s food industry), it could take up to 18 months for some businesses to return to profitability.

The survey states that almost half of the eateries — even with takeout offerings and indoor dining operations at 50 per cent capacity — are running at a loss. If things continue at this pace, only 13 per cent of the food service businesses are expected to be profitable again within six months. About one-third will need a year to bounce back, and 36 per cent are looking at nearly 18 months. Not surprisingly, almost everyone — 90 per cent — continue to record lower sales when equated with this time last year.

In Stage 2 of reopening, most restaurants witnessed a staggering start with dine-in options limited to outdoor areas such as patios — including curbside ones made possible through the city’s CaféTO program — parking lots and adjacent premises. However, now with Stage 3, business has started to pick up for some, albeit slowly.

Nicki Laborie, founder and owner of Bar Reyna Yorkville and Reyna on King, spoke with Post City about how local restaurants are faring.

“Earlier, we were hardly making six to eight per cent of what we made last year, and takeout didn’t really help business,” says Laborie. “It was only after the City of Toronto authorized a 22-seating patio for our second location, Reyna on King, that we started making close to 50 per cent of sales.”

Now, with some indoor dining, Laborie says the restaurant can seat up to 52 patrons. In the last couple of weeks, Laborie says Reyna on King has made close to 70 per cent of last year’s sales.

“We have started hiring again, and by fall, we are hoping to go back to our regular menu,” she says.

However, even some big international operations have taken a while to get back in the game, lacking access to any kind of outdoor patio.

Chef David Chang’s popular noodle bar, Momofuku — which is based in New York City — had to cut back on operating hours at its Toronto location on University Avenue. The hip ramen spot was limited to takeout and delivery from 3 to 8 p.m daily, except on Mondays. In Stage 3, Momofuku has reopened for indoor dining from Tuesday to Friday, 12 to 3 p.m., and for dinner from Tuesday to Saturday, 5 to 10 p.m., but with a limited menu. Momofuku has taken several new safety precautions, including new digital menus available with a URL or QR code.

During the previous phase, Eataly, too, had to tweak hours to cater to customers on its new customized patio.

“We wanted to create a full summer experience outdoors — from greenery to a coastal-inspired menu — so diners could take a trip to Italy without ever leaving the city,” says Raffaele Piarulli, executive VP of Eataly North America. “We’ve added a breakfast service from 8 to 11 a.m. daily and have seen many of our regular café-goers move outside to take a seat and enjoy their coffee and cornetti.”

With more than 35 locations worldwide, the Italian food emporium has had to adapt on a much larger scale. According to Piarulli, Eataly had implemented a series of home delivery services, through Instacart and Uber Eats that are proving to be successful during such uncertain times.

“Not just Eataly fans, but also a completely new customer base, have been able to enjoy our retail products without leaving the safety of their homes,” Piarulli says.

“From what we’ve seen, some of the ‘new’ habits, such as the takeout culture, have solidified, and … we think dining out has become more of a treat and less of a ‘taken for granted’ habit,” Piarulli says. “And that, we believe, will inevitably raise the bar of hospitality overall, which, in the long run, can be the silver lining.”

Meanwhile in Yorkville, Café Boulud — which has locations in New York and Palm Beach — has finally been able to reopen after months of uncertainty.

“Both the Café Boulud and d|bar teams were fully prepared and ready to welcome guests as soon as Stage 3 arrived in Toronto,” says Maxime Regad, director of food and beverage at the Four Seasons Hotel Toronto, where the restaurants are located.

According to Regad, the Spa Terrace just launched its Cloud 9 Oasis menu, offering a selection of healthy dishes and a refreshing wine list. Café Boulud continues to adjust certain dishes on the menu to reflect the seasons, and the d|bar lounge is once again open daily with live DJ entertainment on Thursday, Friday and Saturday evenings. Like Eataly and so many other restaurants across Toronto, Café Boulud is opting to continue its take-away menus as well.

It’s difficult to predict what lies ahead for Toronto’s dining scene, but one constant that seems apparent is that takeout and delivery services are here to stay.