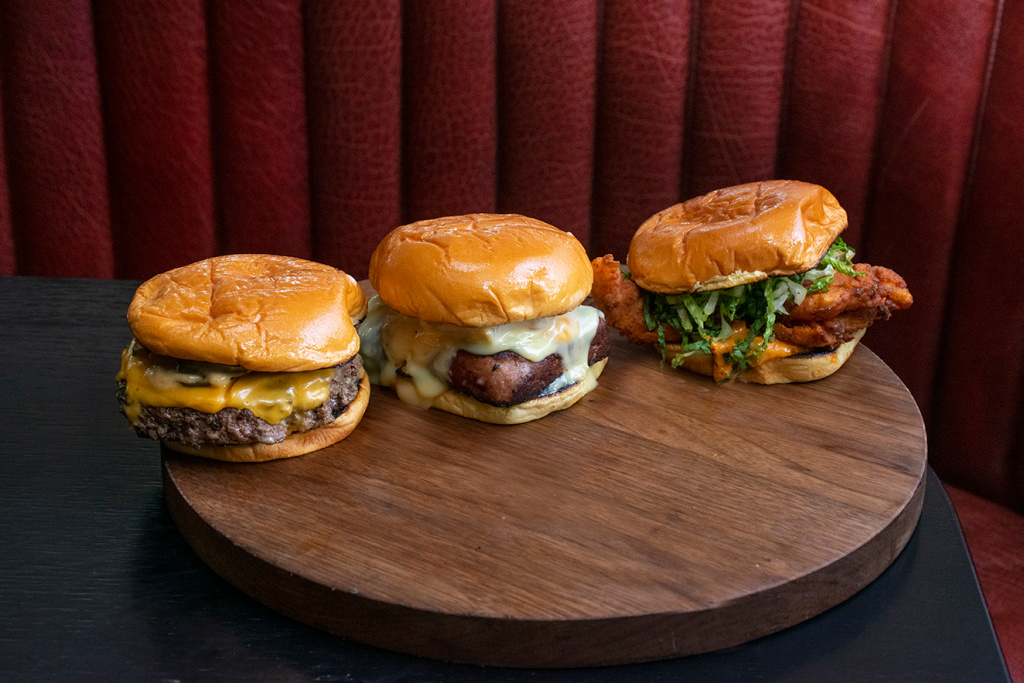 Since indoor dining was first closed in March, high-end restaurants across the city have gradually traded fancy tasting menus and artful small plates for more casual, takeout-friendly dishes that appeal to diners eating at home. With dining rooms temporarily shuttered again this month, Momofuku Kojin is the latest Toronto restaurant to enter the takeout game with a new menu focused on sandwiches and pizzas done with Momofuku-style flair.

Chef Eva Chin, who joined the Momofuku team as Chef de Cuisine in the spring of this year, has led the restaurant’s menu overhaul. Born and raised in Hawaii, Chin has Chinese, Singaporean and Samoan heritage, all of which have served as inspiration for the new menu, according to Nadia Alam, a spokesperson for Momofuku.

“A lot of what we were doing before was heavy on meats, which is a bit difficult to provide for takeout and delivery because by the time it gets to a guest it’s obviously colder than you would get at the restaurant,” says Alam. “I also think the price point is really accessible and that’s something that was a main focus for us. How could we convey the message of what this chef is about and her heritage and all of the things that are important to her, but then also make it accessible and affordable?”

Highlights of Kojin’s takeout menu include pizzas topped with eclectic ingredients like mapo pork or East coast clam chowder. The restaurant’s smash burger is a riff on loco moco, a common Hawaiian dish that typically consists of white rice topped with a hamburger, a fried egg and gravy. Kojin’s take on the dish sees a 7oz wagyu beef patty seasoned with furikake, layered with a fried egg and tonkatsu gravy, and served on a toasted Martin’s potato roll.

For the Hawaiian pork patty melt, Kojin makes its own spam in-house. “We make this giant cube of spam and then cut it up and slice it into bologna-like slices,” explains Alam. “Then we layer it with cheese and create a patty out of that and then fry it and then layer more cheese on top of it.”

Kojin’s takeout menu is available for delivery via Uber, as well as pick-up via Ambassador. There’s no set end date for the temporary menu just yet, but Alam says it will only be available while indoor dining remains closed.