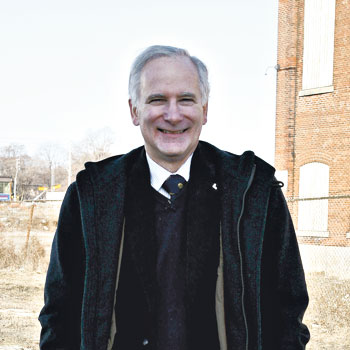 Last month Toronto City Council approved a proposal to transform a historic CNR locomotive shop in Leaside’s industrial park into a large shopping development. However, some worry the approval means the loss of what little land is left in the city for manufacturers and the high-paying jobs that come with them.

“This is a huge site that we are now losing to big box retail,” said Coun. Janet Davis during a March 8 council meeting, emphasizing that the Laird Drive land helps drive the city’s economy and should be preserved for industrial use. Kendall Fullerton, a member of the Leaside Business Park Association, echoes Davis’s concerns and is worried that more employment land will continue to be lost.

In anticipation of this, the province passed a bill in 2006 to help preserve industrial areas. Bill 51 gives municipalities the power to block an appeal to the Ontario Municipal Board (OMB) for a rejected rezoning request. However, the Laird Drive retail proposal is for a site on the edge of the business park, where the manufacturers and industries are located. There is a clause in the city’s official plan that allows retail in these fringe areas when certain requirements are met.

Coun. John Parker said it was best to focus on making the retail site amenable to the community. The developer — First Capital — reduced the size of the proposed buildings from 180,000 square feet to 117,650 square feet. The CNR building will house a grocery store, and the developer also agreed to a main street concept that will see eight buildings and parking designed to emulate retail strips on Bayview Avenue, for example.