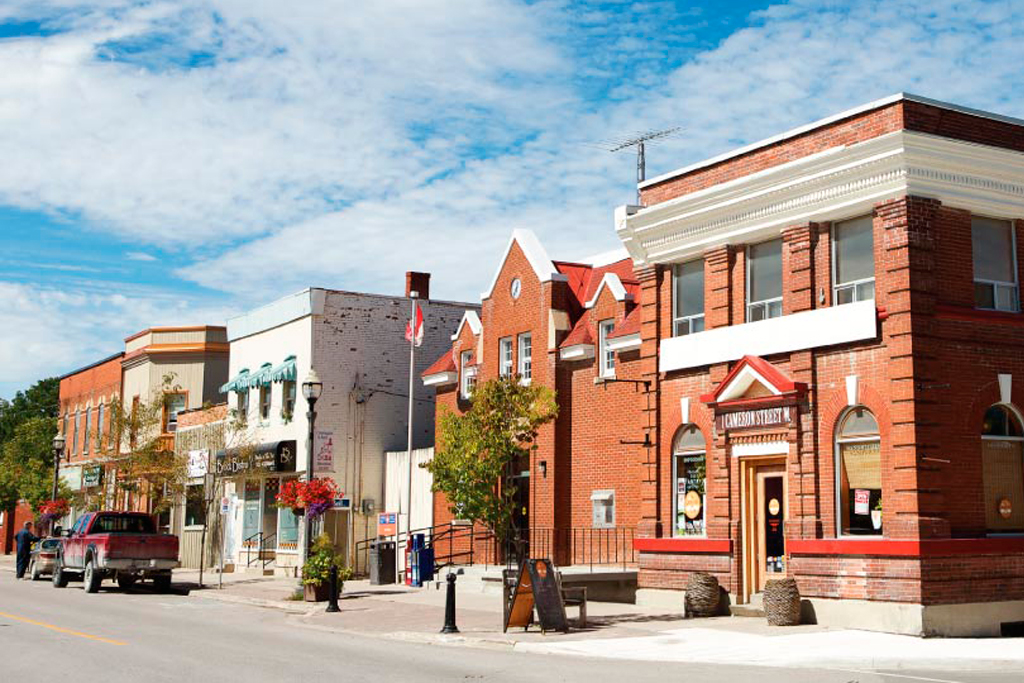 A new report has revealed the top 10 towns and cities in which Canadians are searching for homes with surprising results.

The top place on the list, prepared by Google Trends, is Cannington, Ont., in Durham Region near Lake Simcoe followed by Orléans, Ont. and Clarington, Ont., which is also in Durham.

“With the shift to working from home, a lot of Canadians have new geographical possibilities,” said Marshall Self, director of finance for Google Canada. “A lot of people are looking for space.”

Self said there has been such a big increase in Google searches around mortgages and housing the past year that it encouraged the company behind the world’s largest search engine to take a closer look at the numbers.

“It’s a pretty substantial jump that we’re noticing [on home searches],” he said. “These are five-year highs.”

Trnto.com decided to take a closer look at the top Ontario cities and towns that Google says had the greatest spike in searches over the last year to see what all the fuss is about, aided by real estate expert and HGTV star Odeen Eccleston.

Eccleston said that there has been a “surge” recently in Cannington, Ont., due to its “beautiful scenery” and cheaper price of land.

“It is quite a picturesque town,” she said. “So [the demand] doesn’t surprise me in that regard.”

Eccleston said that prices are going up in other parts of Durham that are more centrally located, which is driving people further to its outskirts.

Located in the northeastern portion of Durham and with about 2,000 residents, Cannington features rivers and nearby ski slopes to explore.

Orléans, Ont., is a suburb of Ottawa in its east end, along the Ottawa River. It has a significant Francophone population out of its more than 115,000 residents.

Along with its typical suburban feel, Orléans also offers natural destinations, such as Petrie Island, which includes beaches, walking trails and lagoons.

Clarington is on the eastern boundary of the GTA, within the Durham Region and on the shores of Lake Ontario.

It consists of four urban centres, of which Bowmanville is the largest, and has a nice blend of city and rural life, including waterfront trails, Greenbelt-protected farmland and the Oak Ridges Moraine.

Live out your life as a Tragically Hip song at Kawartha Lakes, home to Bobcaygeon.

A little east of Cannington, the region is mostly rural and known for its recreational tourism with up to 250 lakes and rivers to explore.

Explore southwestern Ontario for a new home base in London, a more affordable alternative to Toronto with a small city vibe.

Other cities on the list include Surrey, Port Moody, Langley and Abbotsford in British Columbia and Laval, Quebec.