Movie star and superhero Robbie Amell on the release of his new film Max and growing up in Lawrence Park | TRNTO.com
Skip to content 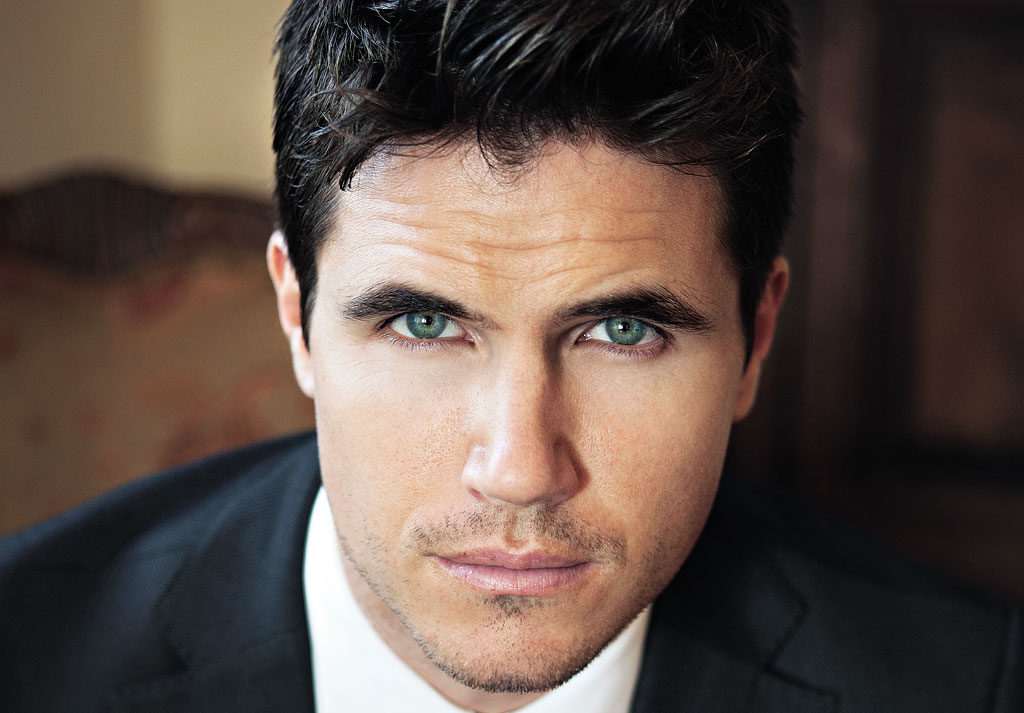 Despite the rise of comic book shows in TV and film, the number of actors who can say they’ve been the first to play a live action superhero is still quite small.

But North Toronto–raised actor Robbie Amell, whose recent film credits include lead roles in The Duff and the upcoming Max, is in that select group.

Amell plays the nuclear-powered Firestorm on the hit CW television series The Flash.

“I was a huge Batman fan,” Amell says over the phone from Montreal, where he’s just begun shooting Nine Lives with Kevin Spacey (who has played DC supervillain Lex Luthor) and Jennifer Garner (herself the first actor to play Marvel Comics’ Elektra).

“I wore a LOT of Batman costumes as a kid for Halloween,” he says.

Amell started early as an actor, although he didn’t realize he’d begun what would become his chosen profession.

“My mom and dad got me and my sister both into commercials to cover dental expenses,” he explains.

“That wasn’t the only reason, but it was a big one — in case we needed braces or whatnot.”

“We called them ‘jobs.’ Many were during school hours, so I’d walk up to the front of the class and tell my teacher I had to go to my job now. It didn’t occur to me, as a 10-year old, that it might be odd.”

Amell participated in improv at Lawrence Park Collegiate where he attended high school, and he was an avid hockey player, which also kept him very busy.

“I wasn’t really into drama, but I did enjoy theatre games,” he says.

But one audition in particular cemented his decision to become an actor.

“I never really considered it as a career, but then, the summer before 11th grade, I had my first ever movie audition for Cheaper by the Dozen 2,” he says.

Amell got the part of Daniel Murtaugh, the son of Eugene Levy, who plays Steve Martin’s rival in the film.

“I booked the movie, shot for two months, called my hockey coach to quit and started taking on-camera classes.”

That dedication paid off with roles in the Disney Channel’s Life with Derek and Nickelodeon’s True Jackson, VP, as well as guest appearances on CBS’ How I Met Your Mother and CBC’s Murdoch Mysteries.

“Toronto is an incredible place to start a film and TV career,” says Amell, and notes that’s it’s become even better recently, with the quality of Canadian shows like Orphan Black, a Space and BBC America co-production.

“It’s an exciting time for Canadian film and TV.”

One of the more odd facets of his role on The Flash is that he shares the character with veteran Canadian actor Victor Garber. (The two “merge” to become Firestorm.)

“I’ve been a fan of his for a while,” says Amell, “but my fiancée [fellow Canadian actor Italia Ricci] is his biggest fan. Titanic is her favourite film. I worked with him on a TV movie called The Hunters, and when she found out we’d be working together, she was more excited to see him than me when she visited. He couldn’t be a more classy guy. When she visited the set, he greeted her first, then took her out for a couple of hours. We’ve all become good friends.”

That camaraderie extends to Amell’s other co-stars and, naturally, to his cousin Stephen Amell, the star of CW’s other Vancouver-shot DC Comics superhero show, Arrow.

Amell and Stephen’s first onscreen appearance together on the penultimate episode of The Flash’s first season was a hotly anticipated event for fans of both shows.

“It’s such a rare opportunity to work alongside family in this business. And the finale.… I teared up reading the script on an airplane. And the cliff-hanger is bananas. But at least you know I’ll be back for season two,” he says.

Amell is sworn to secrecy about his future superheroics, but he’s excited to talk about his upcoming film projects, like Max, where he plays a marine handler of a bomb sniffer dog that exhibits symptoms of post-traumatic stress disorder (PTSD).

It was a whirlwind for Amell switching between characters in two feature films in a short turnaround.

“I wrapped The Duff, travelled overnight, got two hours sleep, shaved my head and started their mini–boot camp.”

His scenes were shared with American soldiers.

“Some army, some marine, all active duty, just on leave. We shot for a week in a fake Afghan village in a North Carolina rock quarry. They said the only thing different was the smell,” says Amell of the set for the film Max.

They also, of course, worked with a number of dogs on set.

“They were amazing. I worked with six of them, Belgian shepherds, and they were all good at specific things,” says Amell in reference to working with canines as his co-stars.

“In real life, the dogs are on the front lines, making sure our troops don’t walk into IEDs [improvised explosive devices]. And when handlers and dogs lose partners, they go through the same PTSD, which is what the film explores. It’s a beautiful family story, too. I was proud to be a part of it,” he says.

Up until this year, Amell’s success was mostly on the small screen. He nabbed the lead in the CW series The Tomorrow People about a group of genetically advanced teens who are being hunted by a paramilitary group of scientists. The show was cancelled after the first season, but proved to be a valuable experience for Amell in helming a series.

But his successful transition onto the big screen is proving to be a gratifying development in his career.

“The Duff was the first feature [film] I’d done since Cheaper by the Dozen 2. I was so nervous, but it ended up doing great. It was an $8.5 million budget, and it made over $34 million in the U.S. alone. It’s great to feel like there’s some momentum in what I’m doing,” he says.

That momentum is keeping Amell busy, but he ensures he finds time to come back to Toronto and visit family and friends several times a year.

He also finds ways to decompress here, such as doing the CN Tower Edgewalk, which he calls “the scariest thing I’ve ever done.”

When I mention there’s a new archery tag facility in Vaughan, he laughs.

“That’s awesome! I’ve got to tell my cousin about that.”