Music to a kid’s ears: concerts and camps can help develop your child’s rhythm | TRNTO.com
Skip to content 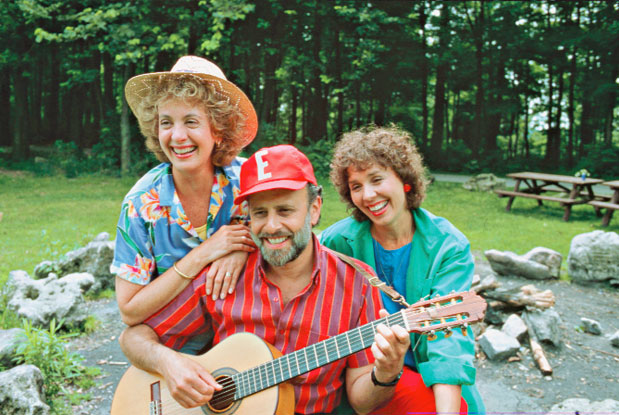 Summer equals freedom — or at least that’s the association for most kids this time of year. And with school books tucked away for the season, you’ll find that your kids have a lot more free time for other activities.

With Toronto abuzz with outdoor concerts, international music festivals and interactive music camps, summer is the ideal time to introduce your children to the wonderful world of music. And the benefits may be greater than you realize. After years of popular speculation about the relationship between music and intelligence, a study headed by McMaster University professor Laurel Trainor confirms that neurological development is indeed one of the many benefits of early musical exposure.

Dr. Trainor, director of the auditory development lab at the McMaster Institute for Music and the Mind, says her experiments were the first of their kind. The study examined how music lessons for young children contribute to early brain development.

This professor of psychology, neuroscience and behaviour says that children who take music lessons show greater improvements in IQ scores.

“Learning a musical instrument is not easy. You have to produce a sound and monitor a sound and see if it produces the same sound the teacher is playing,” Trainor explains. Her research shows that music can improve memory and problem solving.

What of talent? Surely not all of us are innately endowed with the same musical aptitude. Trainor argues that everyone has some musical ability. Not only can all kids benefit from musical training, but all kids can learn to play at a level that is enjoyable, which is one of the reasons that Trainor advocates taking music lessons. “Music is part of what makes us human,” Trainor says. “It is a way of expressing emotion, and it has a lot of intrinsic values.”

Children learn better when music is partnered with action because it is a bigger experience, making it one they are more likely to remember. Children’s concerts, where young ones are encouraged to sing, dance and memorize a series of actions, can be an incredibly beneficial experience. “Interaction and visuals are huge,” agrees Kayla, a celebrated children’s performer, who sees music as a wonderful means of channelling kids’ creativity. “Kids are fascinated by seeing an instrument being played live,” she says.

The singer-songwriter, who has performed on YTV and Treehouse TV, advocates group singing and dancing as a way to inspire kids to learn from one another. Kayla notes that parental involvement in her interactive performances offers parents an excellent opportunity to learn and grow with their kids while speaking the “universal language” of music.

But parents concerned about their own inability to speak this universal language need not worry. Enthusiasm, not talent, is the most essential ingredient to creating a positive musical environment for a child.

Bram Morrison, the Juno Award–winning children’s artist of Sharon, Lois & Bram fame, recommends that parents share whatever part of the world of music they enjoy with their own children. “The children will pick up on your enthusiasm even if you think you can’t sing a note. Bring as many different kinds of music into the home as possible, to familiarize your kids with the huge variety of styles that exists,” says Morrison.

As part of the musical trio, Morrison performed on their Elephant Show, which recorded five seasons with the CBC. Following its success, the group took the show live across Canada and the U.S.

And yes, even concerts can help make your kids smarter. Dr. Trainor explains that fostering motivation and practice is one of the biggest challenges for music educators.  Parents trying to get their kids to play an instrument might try starting with a live performance to whet their child’s musical appetite.

“Going and listening to a concert isn’t going to improve your IQ, but I suspect that concerts are really important motivators,” she says. It’s not just your youngest that could use the encouragement. Agreement among the experts on the issue of age appropriateness is resounding: it’s never too early or too late to expose your child to music.

So whether you use this extra time to start piano lessons, enrol your child in music camp or simply take the family to an interactive concert, kids of all ages are likely to experience a variety of benefits from musical exposure. “All that said,” Morrison concludes, “music is a delightful and enriching activity. It is of value simply for its own sake completely independent from any other educational or developmental benefits it may provide.

“It’s a treasure that can outlast most other life activities well into old age.”