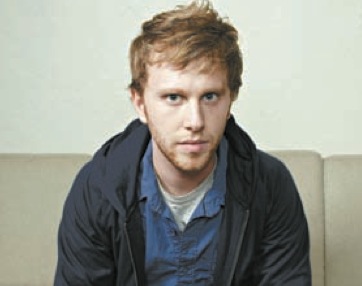 ON THE NORTHERN edge of the Annex lies an authentic Irish pub, and unbeknownst to most inside, sitting in the corner booth is a potential rock-star-in- the-making, Thornhill’s own Mike Wise, guitarist and a vocalist for The Midway State.

The news reached Wise and the boys in an unconventional way. The nominations were announced during a press conference at the Royal York Hotel.

While watching the conference on TV, the boys whipped out a camcorder and began recording the program for their blog, but their name was never announced.

“We figured we didn’t get a nomination, so we turned off the camera… Some of us began drinking heavily,” he jests. It wouldn’t be until later that day that they finally received the news they had indeed been nominated.

Wise is joined in the band by lead vocalist and pianist Nathan Ferraro, drummer Daenen Bramberger and bassist Mike Kirsh. Wise and Kirsh are closest, with a friendship that stems from an early age.

To date, the band has toured across Canada and the United States, opening for Avril Lavigne, Theory of a Deadman, Evanescence and Lifehouse.

They have also been featured on MuchMusic’s Much On Demand and have worked with Juno Award–winning, multi- platinum producer Gavin Brown. Wise says a lot of people still can’t believe he’s even in a band. He describes himself as “nerdly,” and he says that most of his peers at Thornhill Secondary School expected him to pursue a career as a doctor or businessman.

But not according to bandmate Kirsh. He jokes that his best friend has fully embodied the rock star persona and jokingly adds, “Wise has definitely gotten cooler.”

Today, Wise and co. are travelling across Canada for their spring 2009 tour. They will be back home headlining at the Mod Club in late April and hitting the stage at Downsview Park for a concert in June. “If anybody wants to join us on the road,” says Wise with a chuckle, “we are always looking for help!”