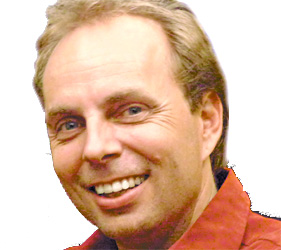 AT THE BASE of Glen Cameron Road in Thornhill, on the south side, is an industrial building. As a kid, I used to ride my bike there. One day, I noticed a man walking out carrying a guitar to his Cadillac.

I was learning guitar and was obsessed with the idea of becoming a professional guitar player — or better yet, a star.

“A recording studio,” he answered.

“What do you record?”

“Music for a TV show,” he said. “Wow, a recording studio,” I thought. I made it a habit to ride by there, hoping to, I don’t know, get inside and, in my wildest fantasies, get a chance to become a star.

Some time later, I heard another band, and this time I knew the songs. It was Rush! I kept going back, hoping to see the band.When the band finished rehearsing, its members, Neil, Geddy and Alex, would come out and say hello, sign some autographs and give out personalized guitar picks.

I never did see the inside of that studio, but I found out the man in the Cadillac was Bobby Edwards, one of Canada’s greatest studio guitarists. He later became my mentor.And sometimes I play for Terry Brown, the producer of Rush’s first 12 albums! You never know, it doesn’t hurt to dream. Craig Skala has played on a number of film and television scores and has played with the Nomads and Karen Durrant. His newest album, The Tundra Project, is out now.