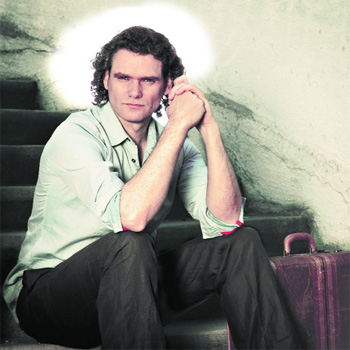 What do I know about favourite places in Toronto? A reasonable question as so much has been made of my youth, growing up in “exotic” Spain and France, soaking up the music and world culture.

However, the reality is from the age of four, my school years were spent in Hogtown.

I was born in Paris and we did spend our summer vacations in the Aveyron in a stone house once run by nuns. But instead of The Sound of Music, picture large stinging nettles, spiders as big as your hand and no running water. My father did retire to Arles and live next door to a real Gipsy King.

But the majority of my youth was spent freezing alongside Lake Ontario. I grew up in the east end, a little jumble of cottages they used to call “The Beach.” Today developers have reclaimed the name using it for condominiums with cottage-chic facades and names such as Breezes on The Beach.

Despite all the commerce being made by tearing down real cottages and putting up fake ones, The Beaches somehow remains a magical annex to the city. A few more yuppies and yoga studios than when I was a kid. The Goof restaurant kept their “Good Food” sign although they fixed the broken “D”.

Sadly they swapped the linoleum tables and individual jukeboxes for haute cuisine digs with no jukeboxes. But the tradition of fine Chinese-Canadian cuisine, burgers with Szechuan noodles, still has a home. So sure, it’s changed.

But when I walk that old weathered boardwalk from the Water Works to Ashbridges Bay, or watch people rowing by the Balmy Beach Canoe Club it’s like time has stopped there. I am like that portrait of Dorian Gray in the attic. The place hasn’t changed much, but each time I come back, it seems I have.