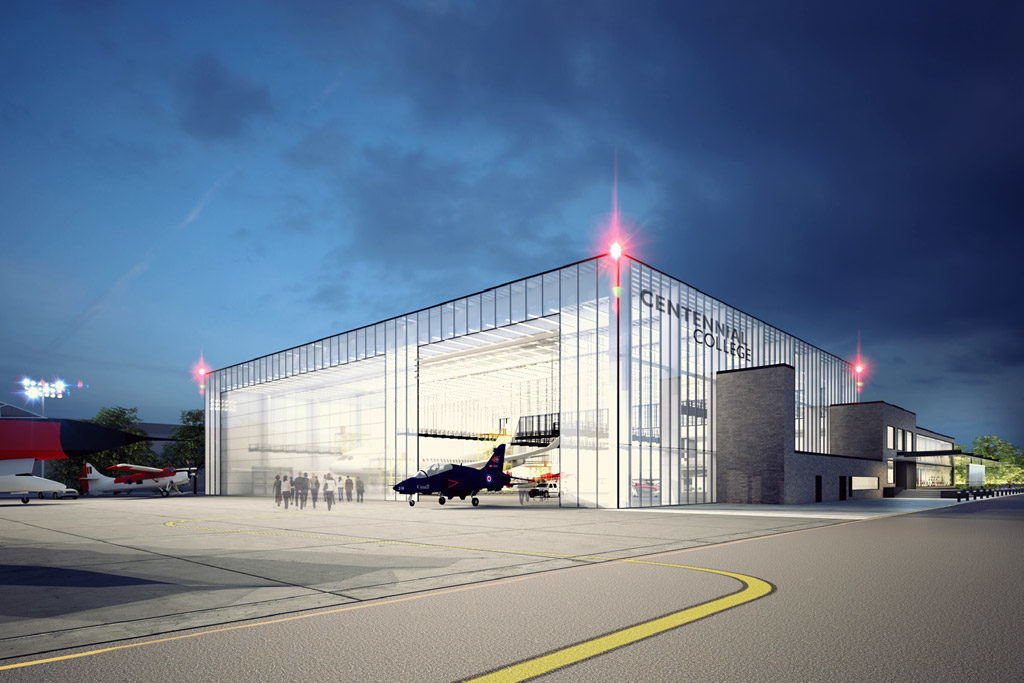 The old Downsview air force base is soon to be the home of Centennial College’s new aerospace campus, which will include the historic de Havilland Aircraft company building (built in 1929).

Andrew Petrou, the executive director of Downsview Aerospace Innovation and Research, said the project has been seven years in the making.

“Aerospace has been in the fabric of Canada for years, and the Downsview site is a piece of that fabric.”

Centennial College has been running the aerospace program for over 40 years at the Ashtonbee campus in Scarborough, Petrou said.

The new campus will help to expand the program and strengthen their ties with aircraft manufacturer Bombardier, he said.

“Imagine taking students into Bombardier and saying, ‘Let’s watch how a plane is put together, and how it operates,’ ” said Petrou, “The more hands-on students are, the stronger and sharper they will be at the job.”

Rosanna Laboni, secretary of the Downsview Lands Community Voice Association (DLCVA), said the project is a welcome use of the land because of its history.

“Students will get to learn in the same building World War II airplanes were made,” she said, “I am glad the land is being used for students and training, rather than seeing another retail complex or condominium.”

The new campus will have enough space for 1,000 students.

“This is a significant increase from the number of students we could accept at the old campus. Right now we train around 400 aerospace technicians,” Petrou said.

“We are backlogged in applications,” he said. “It is clear the future of aerospace is bright.”

The new aerospace campus will be located in and around the historic de Havilland building at Downsview Park .

“It will help to create more jobs in our community.”

Petrou said the project is estimated to create about 14,000 sustainable high-paying jobs.

The campus will also be used by other universities and colleges, said Petrou.

“We will now have connectivity in this program like you have never seen before,” he said.

The campus is scheduled to open in September 2018 and will be within walking distance of the new Downsview Park subway station.