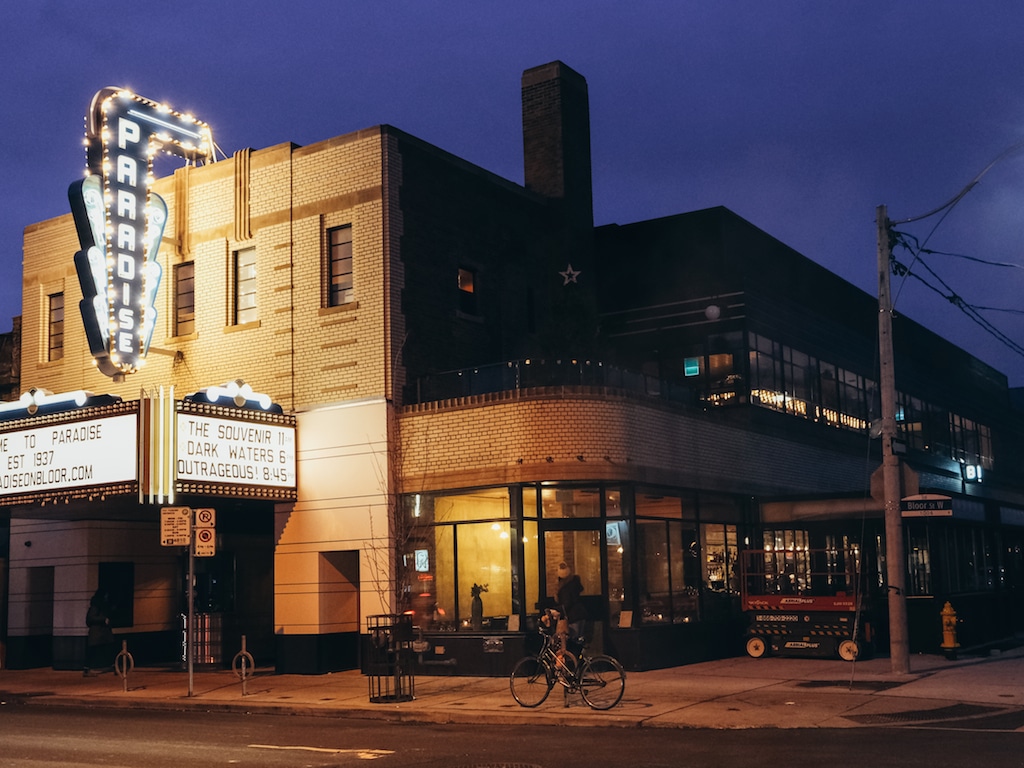 Although the Paradise Theatre has been up and running since December, cinephiles and foodies alike have been hotly anticipating the opening of food and restaurant side of the film hub. But the wait appears to be over as Bar Biltmore and Osteria Rialto are set to open their doors with the cocktail lounge debuting on Jan. 11 and the restaurant close behind on Jan. 14.

Named to commemorate the Biltmore Theatre in Rexdale where owner Moray Tawse spent much of his childhood, the Biltmore name holds sentimental value to the Paradise team.

Next week, Osteria Rialto, the Paradise Theatre’s flagship restaurant will also be open to the public.

Rialto was designed to piggyback off the Paradise’s Art Deco interior, with its brass accents and modern flare, but is differentiated by wooden and rustic features and the hand-painted floor details.

Focussed on ingredients and driven by local produce, Pesce has enlisted the help of Toronto’s acclaimed pasta makers, Familglia Baldassare to be the key supplier.

With dishes such as tonarelli ‘nduja carbonara and Tuscan sausages cooked in Chianti wine, this new spot will add a vibrant new culinary touch to the Bloorcourt Village dining scene.