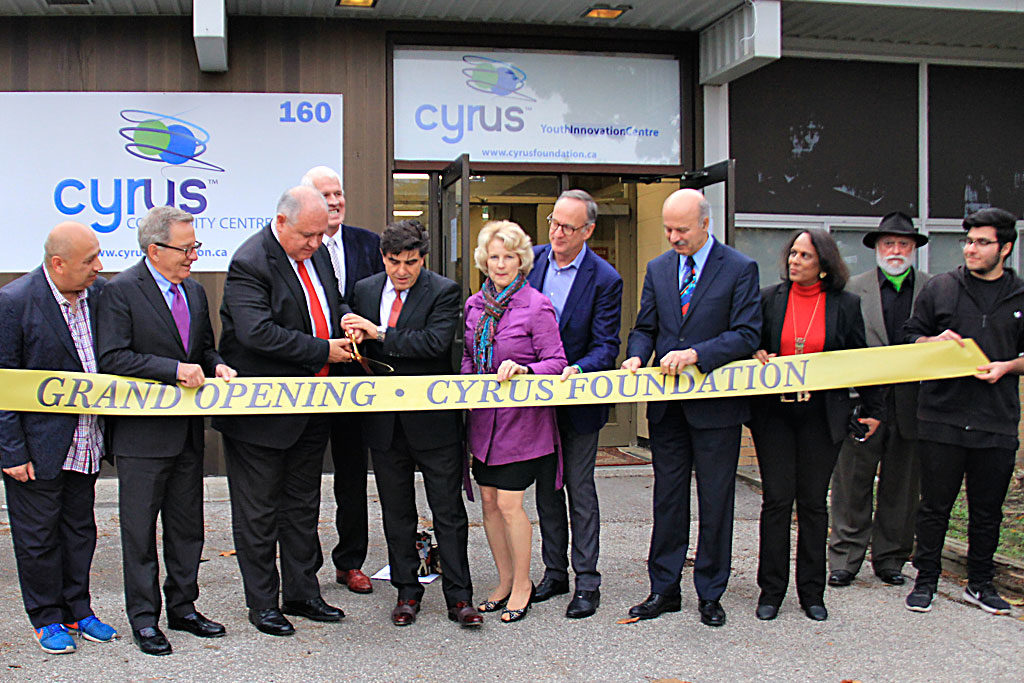 A new community centre has taken over a now decommissioned St. Luke Catholic Learning Centre. Members of the community around Yonge Street north of Steeles can expect art exhibits, dinners, music shows and summer job fairs for youth, as well as use of the building’s amenities, including the gym and meeting rooms.

Mohammed Eslami, CEO and founder of the Cyrus Foundation, established the non-profit organization in 2011 with the intention of creating a meeting place for people from all different backgrounds. He  said that the building had to be totally renovated for use when the Cyrus Foundation first took over the lease.

“The building was abandoned, so we did from A to Z: electrical, mechanical, roof, flooring, asbestos removal. Basically, we did everything,” he said.

Thornhill Ward 1 councillor Valerie Burke said that area residents had specific ideas for what they wanted the site to become.

“It’s all-inclusive because that’s fundamental to our mission in Markham.”

“What came across very clearly from the residents’ point of view was that they definitely wanted to retain the building,” said Burke. “The community wanted to have meeting rooms, use the gymnasium and have programs there, so that was a huge request.”

Burke said that, when the City of Markham began to solicit proposals for the building, it had specific criteria for diversity in mind.

“The proponent had to ensure that their goals would be non-partisan, non-profit, non-religious and inclusive. This is a centre where everybody is welcome regardless of your ethnicity, your age, your religious beliefs — it’s all-inclusive because that’s fundamental to our mission in Markham,” she said.

The 20,000-square-foot, single-storey structure was originally built in 1955 to serve as a Catholic school for the York Catholic District School Board, according to Hersh Tencer, head of real estate for the City of Markham. After the school closed, the city acquired the property in 2013 and put out a request for proposals from potential tenants.

“The Cyrus Foundation was the successful proponent and was awarded the contract,” he said.

“This centre is open to everybody from different backgrounds, and our primary objective is to bring different groups, cultures and religions [together],” said Eslami.