New food truck rules could be a game-changer | TRNTO.com
Skip to content 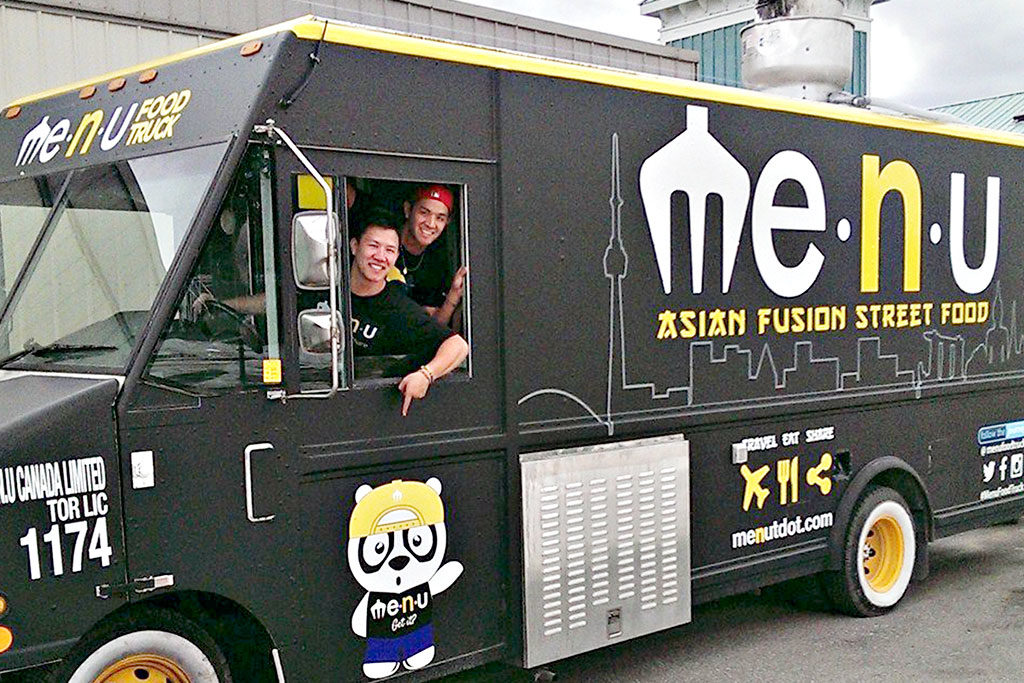 It looks like good news for Thunderin’ Thelma — North York native Zane Caplansky’s gourmet food truck — and others like her, after City of Toronto, Municipal Licensing & Standards reduced the required distance between curbside food trucks and nearby restaurants from 50 to 30 metres. The final decision will be voted on at Toronto City Council on May 5 and, if passed, will be enacted on May 14.

The city finally approved new rules allowing food truck businesses on city streets last year, issuing a bylaw on May 15, 2014. But, the new system had a strict set of rules that prevented any food truck from parking less than 50 metres from any restaurant. The move dissuaded many of the mobile restos, and only 17 food truck permits were purchased.

Me.n.u, the panda-repping Asian fusion street food truck that is regularly parked at Mel Lastman Square in North York, was one of the trucks that bought a permit.

Bryan Siu-Chong and Allen Tran of Me.n.u have had difficulty finding viable spots to set up and admit that some of their success can be attributed to the small number of trucks competing for curbside space.

As for the cheaper permits, Siu-Chong said it’ll definitely help with costs. “We’ll probably get a nine-monther because we don’t operate during the winter,” he said.

“Last year, Toronto stuck its toe in the water,” said Caplansky. “This year, we’re going up to the ankle, and hopefully [by next year], we’ll convince city council that we really add vibrancy, choice and quality to the Toronto food scene.”

Caplansky was elected as head of the Toronto Food Truck Alliance, a group of owners and operators, and is helping to lead negotiations.

Other food trucks that venture north of Bloor, like Burgatory (spotted at 4800 Yonge St. on April 21) or Urban Smoke (coming to 4110 Yonge St. on May 13), will also benefit from the change.