A new breed of small gourmet shops are seeing a boom in a post-pandemic Toronto | TRNTO.com
Skip to content 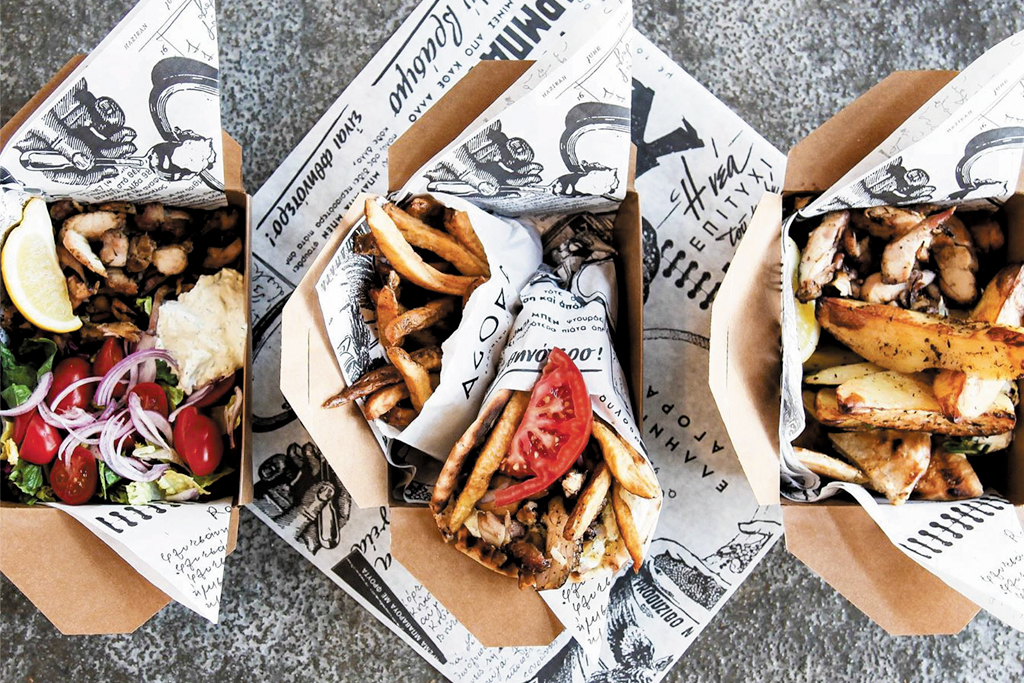 The pandemic has taken a toll on almost every industry, but it has severely shaken up our markets, big and small. When large chain supermarkets got swamped with panic buyers, independent gourmet shops stepped up to fill a necessary gap, offering a safe and physically distanced shopping experience as well as personalized home delivery in some cases. As traditional gourmet shops, like Pusateri’s and Summerhill Market, have scaled up into large-format, one-stop grocery stores, smaller vendors have stepped in to fill the specific appetites that Toronto diners have started to crave en masse, from frozen pizzas from their favourite restaurant in the city to sashimi-grade filets of Atlantic salmon for an at-home sushi party.

“The Agora is having her moment,” says Thanos Tripi, the owner of the Agora, a grab-and-go market by Trinity Bellwoods and beloved west end institutions Mamakas Taverna and Bar Koukla. Previously, people would grab one of the Agora’s signature pitas or wraps and head to the park, but these days, much of the Agora’s business is from sales of its prepared dips, like the taramasalata, a zingy and bright cod roe dip, or the tzatziki. The freshly baked pita sells out daily. The Agora was continually operating even as restaurants closed down and reopened with limited seating, and the Agora’s menu started folding in beloved legacy items from Mamakas, as well, leading to a spike in family catering that continues today.

The question that was on Tripi’s mind throughout the process was always, “How can we be there for our customers?” The Agora did it by stocking pantry essentials from Greece (even despite early disruptions in the supply chain), offering a wide range of items for any meal of the day and staying open as much as possible — that’s seven days a week at both the Agora and Mamakas. With a liquor licence pending, the Agora hopes to be able to offer specialty Greek wines and bottled cocktails like the ones found in Bar Koukla. But until then, the Agora has got your kalamaki, pitas and dips — all day, every day.

When Coco Market opened in Rosedale in September 2019, it was with the intention of operating as a high-end “convenience store” selling healthy snacks and pantry essentials, with a café component with grab-and-go items and prepared foods. But with the onset of COVID-19, the dine-in element went out the window, and, like shops and restaurants across the city, Coco Market threw all its focus into building out its online store. After briefly closing and reopening in June, the shop has established itself as a neighbourhood stop for premium essentials, stocking wellness items and eco-friendly disinfecting wipes, and locally produced  keto-friendly cereals. According to Orlee Wertheim, the owner of Coco Market, the secret to its success has been in the agility of her small team to predict and deliver what customers want — they were there with canned tuna and beans and gluten-free pastas when everybody went into doomsday prep mode — and when tastes turned toward convenient comforts, she started stocking frozen pizza from Pizzeria Libretto.

“Because people weren’t having those experiences of going out, they liked being able to get some of their favourite things from local restaurants, like Pizzeria Libretto or Terroni. We carry a lot of Terroni products now as well,” she says. “It’s almost like bringing those experiences home.”

The popularity of the long-standing Japanese fish market on Sheppard West has only soared since the pandemic settled in. With fewer sushi places to dine in, more people have attempted making their own maki rolls and sashimi, with freshly sliced sashimi-grade cuts from Taro’s.

Taro’s Fish has always operated as a takeout business, but general manager Daniel Lin has seen an uptick in sales in frozen, prepared foods, like miso black cod, teriyaki salmon and other marinated fish, as well as interest in Japanese pantry items at Taro’s, like furikake rice seasoning and higher-end soy sauces. However, as interest has begun to build around its items, Taro’s has dealt with supply chain issues on sought-after items.

“The pandemic has negatively impacted the reliability of any kind of shipping and distribution infrastructure,” says Lin. “Previously, we were ordering uni [sea urchin] all the time, pretty much every day, but since the pandemic, we haven’t been able to get it. Flights get cancelled at the last minute or delayed, shipping companies are short staffed and not able to make good on their delivery time.”

However, that hasn’t stopped the growth of Taro’s. On June 3, after a delay in opening (the height of the pandemic in March and April made contacting inspections and licensing officials difficult), Taro’s opened up a second location in Markham. Despite the difficulty in opening and the disruptions in the supply chain, both locations are still going strong, and it’s due to more adventurous home chefs and their loyal customers.