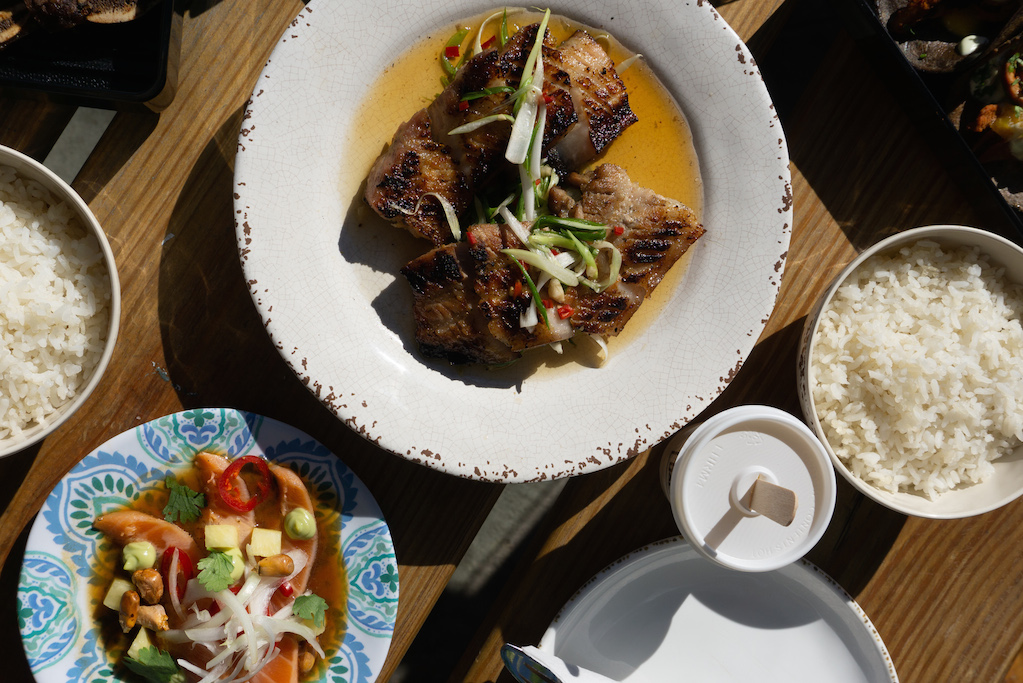 King Street West’s Latin-inspired restaurant Baro Toronto will be launching its first Latin Korean barbecue night on Wednesday. The menu, curated by Baro’s own chef de cuisine Justin Lee, will feature five courses that combine Latin and Korean flavours. Lee says the idea for the themed night came up during a conversation amongst the chef team.

“We have a very nice grill that is only running with wood and charcoal fire on the rooftop patio. We were talking about the patio menu before reopening and I just threw out the idea, ‘Let’s do Korean barbecue night one day,’ as a joke,” Lee says.

Executive chef Steve Gonzalez really liked the idea, and asked Lee to create the menu. Gonzalez liked all the dishes Lee showed him, and the idea took off.

Lee says that since he started working at Baro when they opened four years ago, he’s learned a lot about Latin American food, and realized that Latin and Asian spices and ingredients go well together. He’s since tried to create menus with a Korean-Latin fusion and says they turn out well.

The five-course menu that will be offered at Baro’s Latin Korean BBQ Night will be heavy on the protein, which Lee says is traditional in Korean barbecue.

“We don’t usually barbecue vegetables in Korea because we serve barbecue meats with fresh vegetables such as kimchi, lettuce, or some pickled vegetables,” he says. Each course, excluding dessert, will feature different proteins — salmon, pork, beef and pickerel.

“Every course is nicely balanced with citrus, sweetness, spice and seasoning. If you look at the menu itself, you might think it’s a bit too heavy, but if you taste all the foods, you won’t feel that way,” says Lee.

Baro’s entire cocktail menu will still be available on Wednesday, but Lee advises having a beer or a Paloma Spritz, one of their signature cocktails.

“I would recommend having some kind of sour cocktail to clear your tongue after courses,” he says.

Lee says that as a junior chef, this barbecue night will be the proudest moment of his career so far, and he’s so grateful to Gonzalez and the Baro team for supporting him and helping him succeed.

“The happiest moment for me as a chef is when guests say, ‘We loved your food, thank you for such good food,’” he says. “I’m pretty sure this is why all chefs are in this industry.”

The menu will be available every Wednesday on the rooftop at $50 a seat.