New public space at Yonge and Eg a testament to a community invested in positive change - TRNTO.com
Skip to content 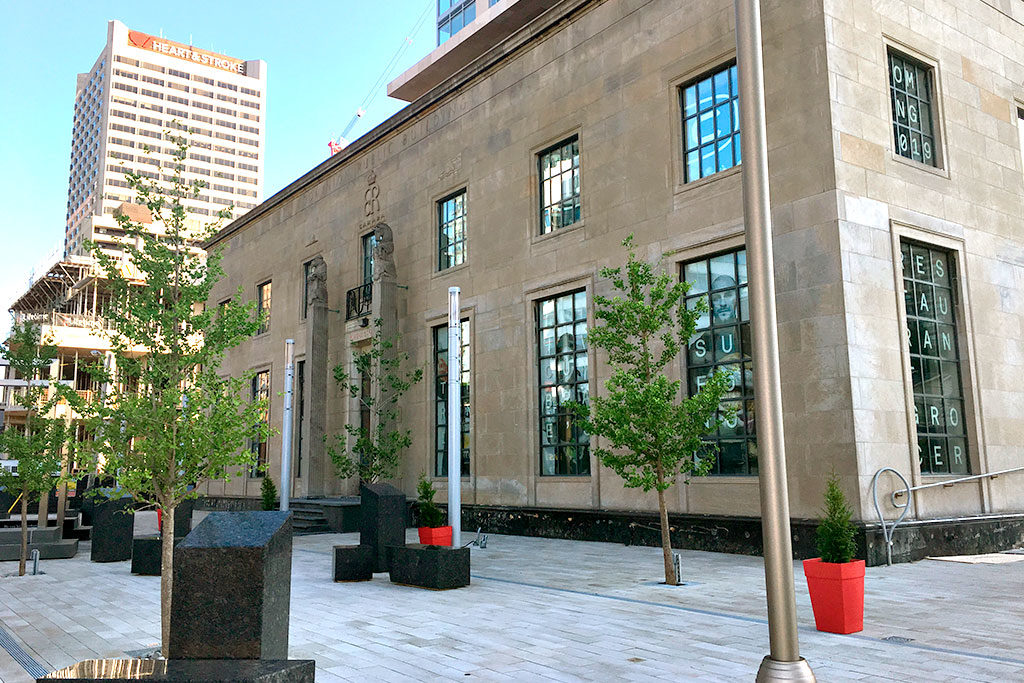 The most impressive publically accessible space in the Yonge and Eglinton area has reopened at Montgomery Square.

The redevelopment of Postal Station K into a rental building, with a restaurant and public square, serves as a greeting place and a modern-day museum that captures 180 years of history of the area. But it took a major effort from the community to get there.

Montgomery Square, located at Yonge and Montgomery has evolved from being a rebels’ meeting place in 1837 to a high-end luxury rental building and eatery.

In 1837 William Lyon Mackenzie’s revolutionaries met at Montgomery Tavern to plot the battle against the British loyalists that would ultimately lead to the independence of the fledging nation of Upper Canada. In 1936, the postal station replaced the rebel headquarters and served the community until 2012.

I was the councillor of the area at the time and, when we met, I told him in no uncertain terms that no building over 19 storeys would be permitted.

I did agree that we would take the proposal to the community, and it was a good thing because the community had a vision for the area.

The rental building provides a needed local housing option. The facade of the postal station has been preserved, and the history of Montgomery Square has been captured through public art on the square in front of the building.

The vision of the community to protect the public square provided an opportunity to negotiate more height and density in exchange for a remarkable public space.

The contribution of the local community to urban design and public space through redevelopment can be very beneficial when there is a shared understanding of what is important to maintain and enhance.

As their area becomes redeveloped, the ratepayers in midtown have become very sophisticated and seek to ensure new additions add to the livability of the community.

As long as the community and the developers continue to work together, midtown will remain the best area in the city to live and work.

In 2019, Montgomery Square is a beautiful public space. It is a good news story that the plan is successfully being implemented and the results are a significant enhancement to the community.