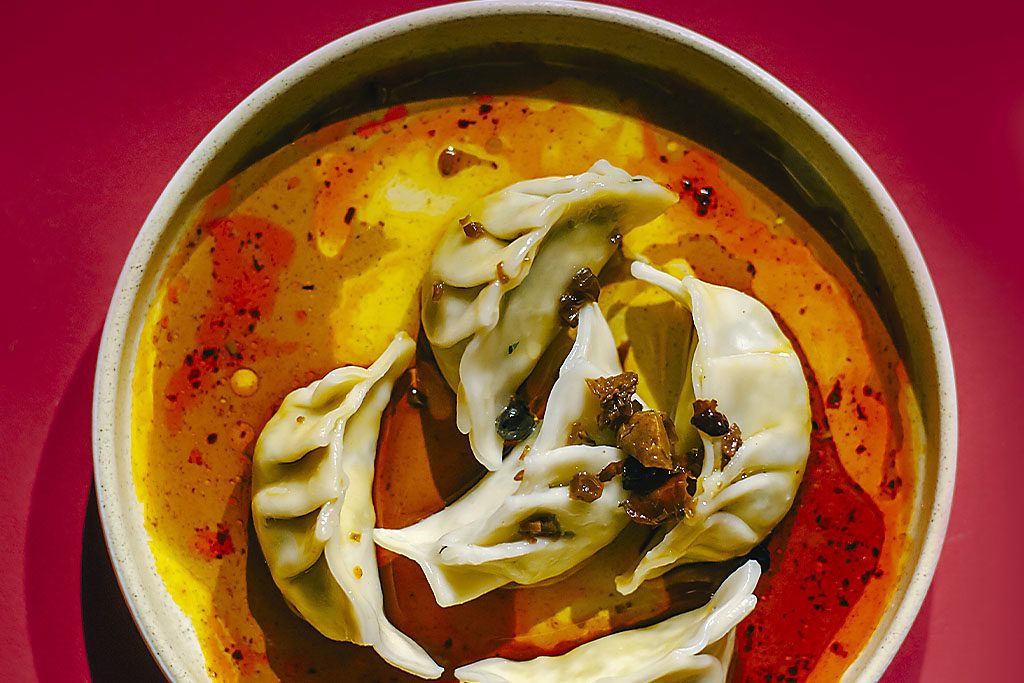 Now you can go to the gym without breaking a sweat. The Gym (782 St. Clair Ave. W.) is a new sports pub in midtown, taking over the former space of the Pipers Pub.  “Honey, I’m going to the gym!” you’ll say. And this time, you’ll mean it.

Sometimes influencers can influence for the greater good: After accepting a challenge by Instagram star and Canadian model Joel Hansen, Frank’s Pizza House (1352 St. Clair Ave. W.) created the biggest pizza in Canada. Coming in at 26 pounds (416 ounces — cheeky!), their 416 Pizza is now available for special orders for anyone with $130, a big party and a family-sized stash of lactose pills.

Save yourself the airfare and enjoy all the flavours of Italy at this year’s Giro D’Italia festival, which will see restaurants across the city pay homage to specific regions of this powerhouse of a country by serving special prix fixe dining menus from April 4 to 14. Restaurants include Ufficio, L’Unità, Parcheggio and 17 others.

Toronto-bred chef Amanda Cohen, of New York’s award-winning Dirt Candy, will be taking over the kitchen at Ufficio on May 6, slinging a special Ghanaian brunch as part of the 2019 Terroir Symposium. She’ll be cooking with Selassie Atadika, of Trio Toque in Senegal, and Olivia Simpson, who has worked in some of the finest kitchens in Toronto and New York.

Top Chef judge and owner of Yorkville’s Trattoria Nervosa and LA’s hugely popular Felix Trattoria, Janet Zuccarini has set her sights on Corktown for her next big project. GUSTO 501 (King St. E.) is set to open in the fall. The 8,000-square-foot restaurant is being built by the architecture and design firm Partisans (Chubby’s Jamaican Kitchen, Bar Raval) and promises a more veggie-forward, inclusive take on modern Italian.

Sushi master Masaki Saito is leaving New York, where he earned two Michelin stars for his restaurant Sushi Ginza Onodera, and will be opening a new eponymous restaurant in Toronto. Masaki Saito (88 Avenue Rd.) will specialize in the new Edomae-style sushi he’s famous for.

The ink on the lease isn’t even dry from Byblos Uptown, but Charles Khabouth’s company Iconink is at it again. Shook Israeli Kitchen (77 Portland St.), a vegetarian restaurant inspired by the open air markets of Israel, is slated to open in May.

Housed in the historic 124-year-old C. H. Gooderham House, O&B’s new Maison Selby (592 Sherbourne St.) promises early-to-late food service in a homelike setting — that is, if your home were a stately Victorian mansion with an endless supply of caviar for daily high tea. If not, this maison will be open early April.

Omaw (88 Ossington Ave.), the hip southern American joint by Matt Blondin and the Food Dudes, closed quietly in late January. Thankfully Sara and Rasa are still around to offer their shoulders to cry on.

The lease ended on Copetin (107 King St. E.), Claudio Aprile’s ambitious modern Canadian restaurant, in December. It was recently announced that taking over the location will be Score, a Vancouver-based sports bar known for its giant caesar cocktails. But Aprile always lands on his feet: he’s hinted that there’s a collaboration with the Liberty Group in the works on King West.