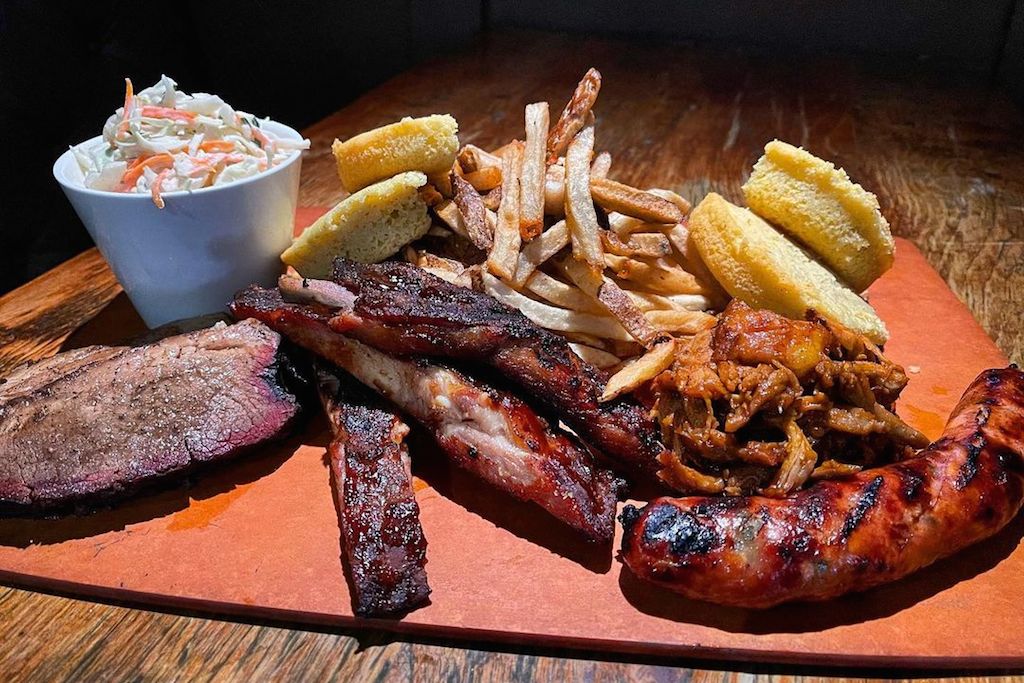 “Smoked food is unpretentious, delicious and perfect for grab and go,” says Afron Mitari, operations manager for Aidan Hospitality. That’s why, in a pandemic pivot, Aidan Hospitality decided that Prohibition Social House at Queen Street East and Broadview Avenue would open the Riverside Smokehouse inside of the temporarily shuttered Prohibition space.

Prohibition Gastrohouse is known for its curated list of beer and comfort food classics, including mac and cheese, nachos and breakfast poutine. “At Prohibition, we have always had a few menu items featuring smoked food, so we thought now would be a perfect time for our chef and kitchen team to really show off our barbecue,” Mitari says. “Also, we have one of the biggest — if not the biggest — smoker in the entire city, so we wanted to put it to good use.”

Prohibition and Riverside Smokehouse’s chef Kiru has a background in making smoked meat, which has allowed the team to hit the ground running. The menu features barbecue favourites, including pulled pork and beef brisket, as well as nachos, coleslaw and brisket poutine. Beverage wise, the takeout options include a DIY New York Sour Cocktail Kit as well as a selection of beers.

“We took over at Prohibition during the start of the pandemic, around June,” says Mitari. “While we anticipated the pandemic to be going on for a while, nobody expected this. While the community has been supportive, we found that people don’t want to pay restaurant prices for takeout.”

“By creating a ghost kitchen, we were able to focus on the takeout without changing our Prohibition brand, but continuing to offer our community great quality products at affordable prices,” he adds.

As dining restrictions persist and Riverside Smokehouse continues to garner a fanbase, Mitari and Aidan Hospitality are rethinking their original idea for the ghost kitchen.

“Initially our plan was to halt it when Prohibition reopens, but I think the Riverside community would be so sad to see it go,” he says.