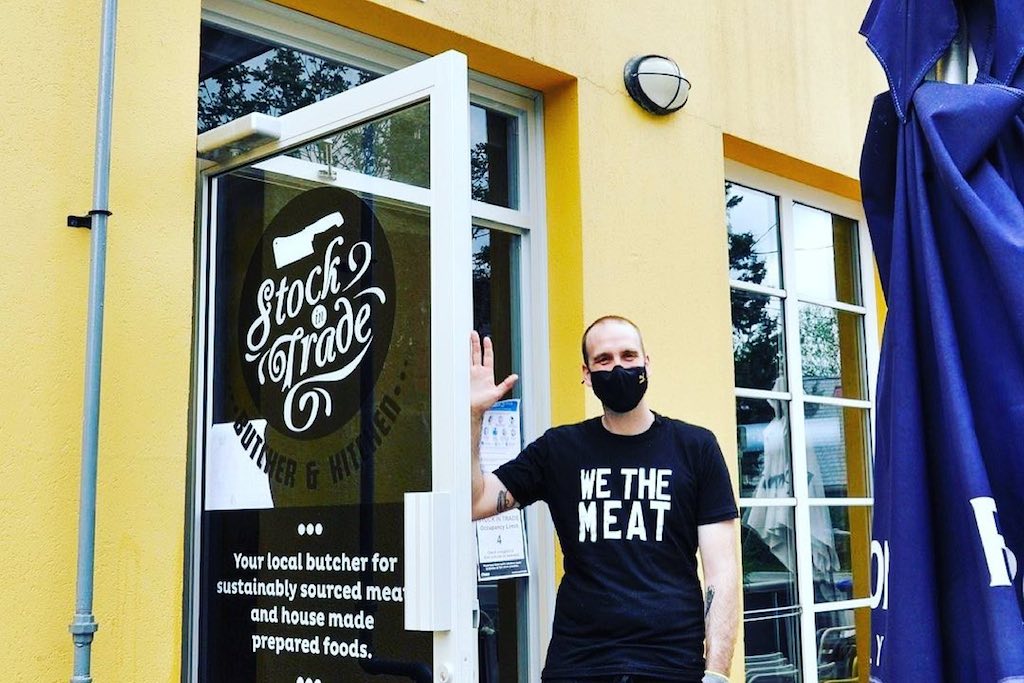 Running out of dinner ideas? Have no fear—the Danforth has just welcomed a new butcher to the area, marking the city’s second location of Stock-in-Trade. Officially open as of Monday, the new shop is located inside the popular southern Italian restaurant 7 Numbers on Danforth Ave., accessible through a side entrance.

Founded by chef and butcher Jason Becker in 2014, Stock-in-Trade prides itself on its selection of healthy, affordable and sustainable meats. Since the opening of its first location on Gerrard St. E., Stock-in-Trade has made it a priority to provide ethically and locally sourced meats to the community.

Tony Marinuzzi, son of the head chef and matriarch of 7 Numbers restaurant Rosa Marinuzzi, is heading up the new butcher shop. He says the community has already been overwhelmingly supportive of the new venture.

“Without a doubt, the area has been very nice and supportive. It’s been good,” he says. “We’re going to be doing cooked foods and sandwiches every day, so that’s a big draw. People in the area have been stopping in even just to say hello.”

The new location of Stock-in-Trade is offering up all kinds of Ontario hormone and antibiotic-free meats including sausages, salamis and dry aged beef. They’re also selling pre-made meals like pot pies, sandwiches and more.

“One of the highlights will be the smoked Danforth style pastrami sandwiches, it’s a classic deli sandwich but we’re actually doing a halal version,” Marinuzzi says. “And then of course we have steaks, bacon and everything.”

Naturally, the opening of the new butcher shop has been a family affair, with his mother Rosa and brother Vito all pitching in to help out. Marinuzzi says the team is focused on getting the new location up and running before patio seasons kicks into high gear once restrictions are lifted.

“We’re looking forward to adding our spice to the area,” he adds.

The new Stock-in-Trade location inside 7 Numbers restaurant is open for business at 307 Danforth Ave. Visit them at stock-in-trade.myshopify.com.