Toronto's soaring new condo tower will be the tallest in Canada | TRNTO.com
Skip to content 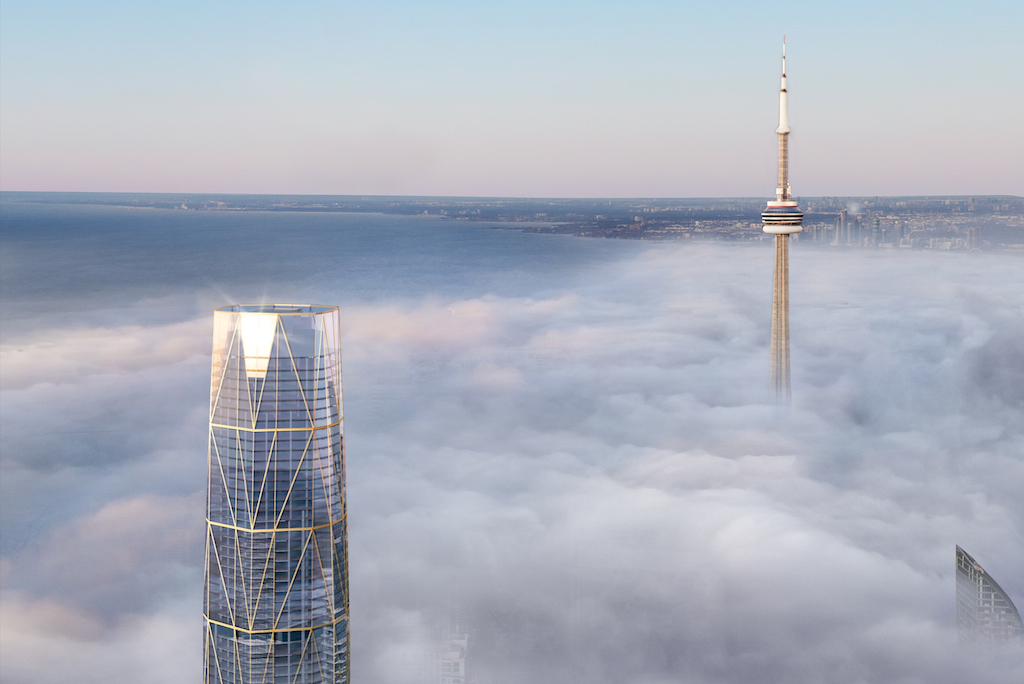 Toronto is about to hit another sky-high record, now that plans for the tallest residential tower in Canada have been unveiled. At a whopping 95-storeys, the new condo building — dubbed SkyTower — will be erected at the base of the city’s longest and most historic street.

The development by Pinnacle International, will be the largest of its kind in Canada, second only to the CN Tower. The tower will be located on the northeast corner of Yonge Street and Queens Quay East, and will soar 313 meters high — 13 meters taller than the Eiffel Tower.

With over 800 units inside, Pinnacle One Yonge’s development plan will be a significant addition to the Toronto cityscape. The tower will be designed by the Toronto-based firm Hariri Pontarini Architects.

The interior suites will be designed by another Toronto-based design firm Tanner Hill and Associates. Ranging from 520 to 2,300 square feet, the prices of these units will start at $800,000 and run into the millions.

“Our approach to this phase, and the other elements of this master-planned development, was predicated on a commitment to not just merely add yet another condo to the downtown core. Instead, we recognized the unique privilege provided by this site to forever reshape the Toronto skyline,” said Anson Kwok, Pinnacle’s vice president of sales and marketing.

SkyTower will house a pool, yoga studio, games centre and party space, as well as outdoor barbecues and lounge areas.

The SkyTower is the second of three buildings that make up the Pinnacle One Yonge master plan. The Prestige, a 65-storey tower that was launched last year, has just begun construction, while the details of the third building have yet to be released.

The residential community will also include 2.5 acres of public parks and green space.