Why new Toronto restaurant Pompette decided to open in the middle of the pandemic | TRNTO.com
Skip to content 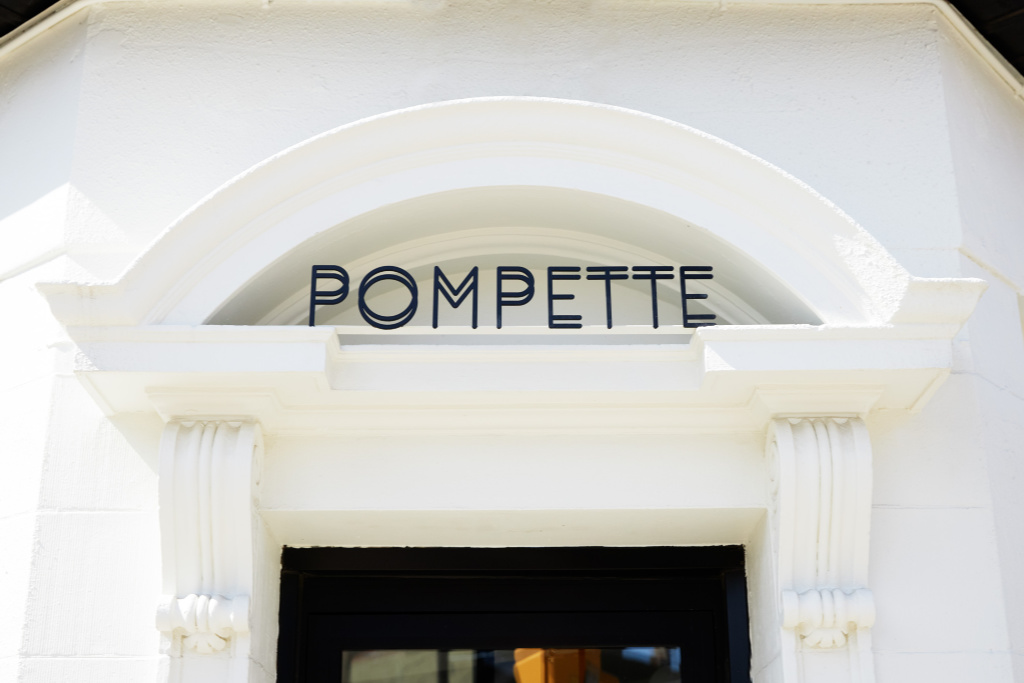 It might be one of the most challenging times in memory to take a chance on opening a new restaurant but Pompette, a new French restaurant in Little Italy, is finding a way to make it work.

Maxime Hoerth, co-owner of Pompette, says the restaurant, which opened on May 8, had been three years in the making.

After navigating numerous delays (including losing their first location choice on King West to condo development), Hoerth says they were eager to finally launch — even if that meant opening in the middle of the pandemic.

“Dealing with the creation of a company and with all the contractors is interesting, but managing the day-to-day operations and talking with people is what we love the most,” says Hoerth. “There is a super community here. We wanted to be part of it and we were ready for it.”

The idea was for Pompette to become a convivial neighbourhood restaurant. “We want to have good food, good wine, and good cocktails but not take it too seriously,” says Hoerth.

With dining rooms still shuttered for the foreseeable future, however, Hoerth and his partners have launched Pompette as a takeout-only venture. They had planned to open Pompette for dine-in service first and eventually add takeout, so they view the pandemic as simply spurring a reversal of that plan. “We always had the vision that we could open a pantry shop as well,” says Hoerth.

“Pompette To Go” offers heat-at-home meals, as well as French pantry items like fresh bread, marmalade, and terrine, much of which is made in house. Pompette’s prepared main courses include dishes like braised beef cheeks, confit lamb shank, and poached trout — all items Hoerth says they’re planning to serve on the dine-in menu. They’re also selling around 30 different global wines by the bottle, plus cocktails to-go and beers from local brewers like Left Field.

Hoerth is conscious that even once dining rooms get the go-ahead to reopen, it’s likely that not everyone will feel comfortable dining out right away. “This is also a reason for the shop,” says Hoerth, “we’ll have the restaurant where we can do what we love the most and then a backup solution for the people that want to stay at home.”

Although Hoerth admits there are some challenges to building a following without dine-in service, Pompette’s prominent location, at the corner of College and Clinton, is helping to drum up business. “A lot of people are just walking by, looking inside, and saying: ‘oh, it looks like it’s new!’” he says.

He adds that the Pompette team is grateful for how much the community has already welcomed them. “People come by and say: ‘we just want to buy a bottle of wine from you or a main course just to give you support…we feel very blessed about that,” he says.

“It’s been complicated,” he continues, “but I would say that opening a restaurant is always challenging. Would it have been easier without the virus? I don’t know.”