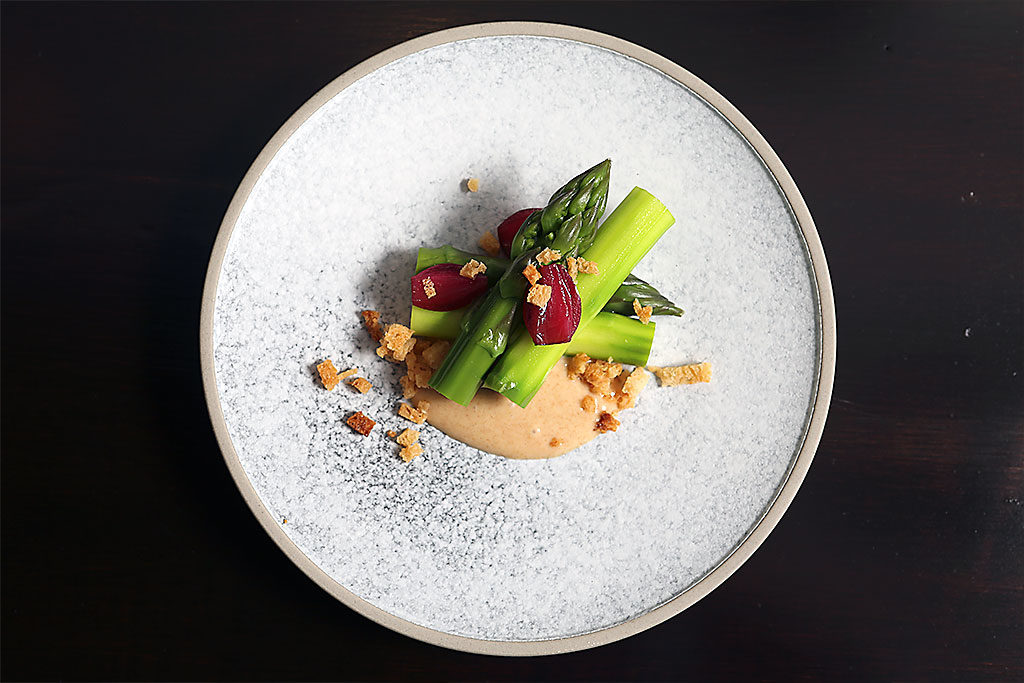 PIQUETTE (1084 Queen St.) is the latest wine bar to be announced by Grant van Gameren and Bar Isabel alumni. Count on fine wines, accessible food and that van Gameren brand of visual whimsy in July, when it opens.

Eglinton area residents have a new special occasion spot in their ’hood. An iconic Eglinton Way corner that has been home to such businesses as Eunice Denby Flowers and Beatties Menswear now houses NOMAD STEAKHOUSE (453 Eglinton Ave. W., 416-486-6623). This beautiful new restaurant deals in classic steaks, including a wagyu strip loin, several standout pastas and a few delicious Transylvanian additions.

The city’s newest modern French restaurant FAIM DE LOUP (940 College St., 416-901-3246) is also one of its most intimate. The two-person operation will serve to a total of 16 tables a night, with tasting menus between five and seven courses. Chef Jeffrey Yap brings six years of experience at Scaramouche and one year at superstar chef Mark Best’s Marque in Sydney.

The team behind BarChef is bringing its mad scientist brand of mixology to the new MOTHER (874 Queen St. W., 416-537-1928), which features expertly mixed drinks, heavy on the fermentation, and bar bites inspired by the foraged offerings of mother nature.

Get ready to party like it’s 1929. The Fairmount Royal York’s new restaurant and bar, REIGN, and accompanying lounge, CLOCKWORK, (100 Front St. W.) is serving up regal glamour and plenty of champagne and cocktails to mark the hotel’s 90th anniversary.

KAITO SUSHI (1211 St. Clair Ave. W.) is bringing omakase to Corso Italia, one hour-long seating at a time. Each tasting, which accommodates only six people, comprises 11 courses of nigiri sushi and appetizers, a hand roll, plus an optional wagyu add-on.

THE BRICK BAR (6 Rosehill Ave.) is coming to Toronto for a three-night run. The Instagrammable, Lego-themed boozy pop-up will feature one million blocks, pre-assembled into wacky structures.

Pay no mind to the haters: Aperol spritzes are still delicious, and the best time to imbibe yours is at the BAR APEROL pop-up bar (1030 Queen St. W.), an aperitivo bar and patio running July 4 to 28.

Alfresco season continues with THE GAARDEN (314 Queen St. W.), a collab between Charles Khabouth’s Ink Entertainment and Hoegaarden. The rooftop patio will be stationed atop Cube Nightclub until summer’s end.

Yorkville’s hottest little resto bar, BROTHERS FOOD AND WINE, has confirmed that it is working on a new restaurant, opening in the distant future.

Word on the street is Claudio Aprile and Liberty Entertainment’s new King West project, XANGO, is almost ready to open its doors.

The Annex is getting a new pocket bar on Dupont Avenue, BAR ELAYNA. This very cute spot is opening in the space formerly occupied by Atlas restaurant, adjacent to Hacienda on Dupont. The full menu has not yet been disclosed, but the bar will have multiple beers on tap, wings and assorted nibbles.