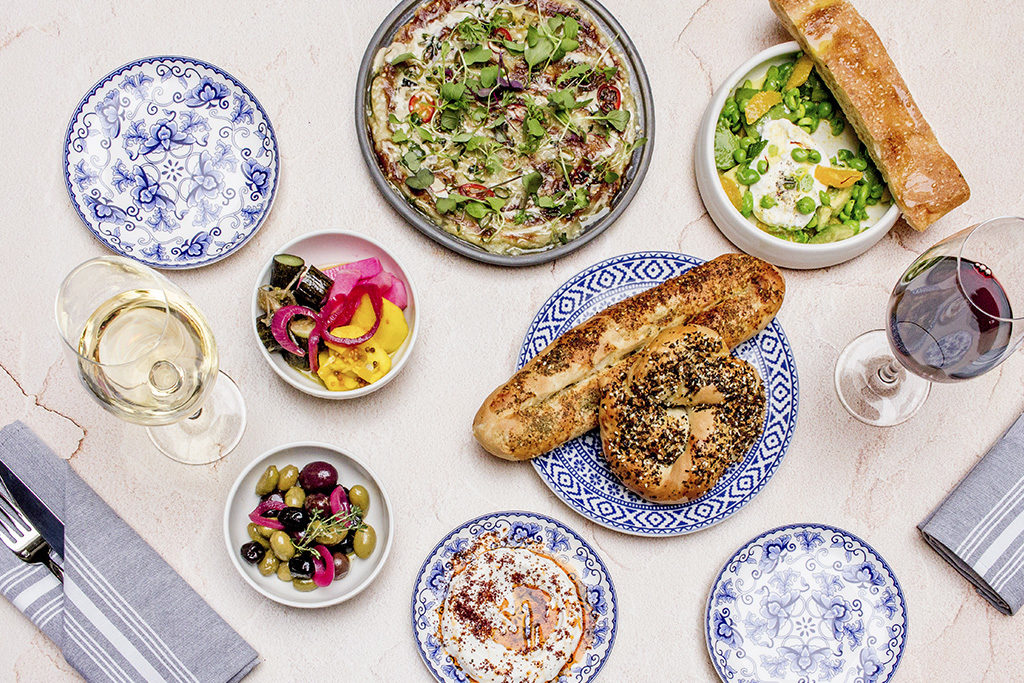 Oliver & Bonacini, the restaurant group behind Auberge du Pommier and Maison Selby, expands its exceptional roster of restaurants with the opening of BABEL at Bayview and York Mills. Opened Nov. 1, the Mediterranean restaurant has an emphasis on dishes cooked on a massive open hearth in the centre of the space.

One of Montreal’s most popular vegan restaurants,  LOV, (620 King St.W.) has opened its first Toronto location. This restaurant bring whimsy to meat-and-dairy-free cuisine with riffs on classic dishes, like the not a cheese plate. The bright elegant dining room is a perfect pair for the elevated vegan menu.

After shuttering the doors on Adelaide Street at the end of 2018, HY’S STEAKHOUSE (365 Bay St.) is returning to downtown in a massive space on Bay Street. Hy’s has a 40-year history in Toronto, with the new, 350-seat space offering its signature Canadian prime steaks and other timeless classics.

Popular Bloor West brunch spot THE GOOD FORK has relocated in new digs at Dundas West and Dufferin. In addition to bringing back it’s beloved brunch menu, the Good Fork is putting a fresh emphasis on its dinner program, with a creative menu that draws on the Middle Eastern heritage of the restaurant’s owners.

CHOTTO MATTE (161 Bay St.) is making weekends a little more wild with its new jungle-themed brunch, hosted every Saturday. Diners can tuck into a buffet plus three courses while enjoying performances and other events with a tropical spin. The restaurant’s signature Nikkei cuisine gets brunchified with dishes like purple potato pancakes and spinach truffle salad.

The Gusto 54 Restaurant Group brand expands eastward with the opening of GUSTO 501 (501 King St. E.).  The five-level space features different dining experiences on each floor, including an open concept dining room, cocktail bar and seasonal rooftop patio. The menu focuses on contemporary Italian fare, including some dishes that will be familiar to fans of Gusto 101.