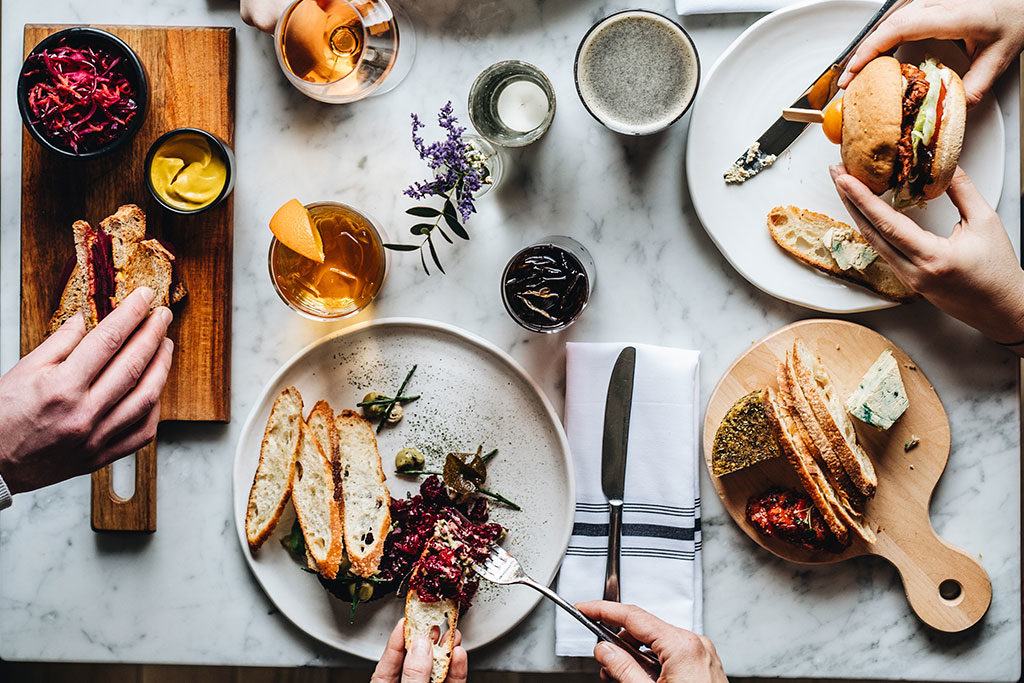 Victor Barry is setting his sights on midtown, with the second incarnation of his popular Italian outpost. PIANO PIANO NORTH is set to open up at 623 Mount Pleasant Rd. this fall. The new digs promise to be just as whimsically decorated and vibrantly delicious as the beloved Harbord spot.

PIQUETTE, the latest project from Grant van Gameren, recently opened its doors. The new resto is an ode to a simpler time, with a small snack menu and a curated 80 plus bottle wine list.

Grant van Gameren’s iconic late night burger bar, HARRY’S CHARBROILED, will be closing its doors on Oct. 5. The Parkdale greasy spoon has been a staple amongst neighbourhood dwellers and industry folk since its opening in 2016.

The Oliver & Bonacini team has been working hard all summer to bring the new Mediterranean spot BABEL to life. This vegetable-forward resto with a wood-fired oven will be nestling into the York Mills mall this fall and will be the first Halal resto from the O&B team.

Mamakas Taverna’s Thanos Tripi has been hiding out this summer secretly planning his next venture. His contemporary Aegean-style Greek spot is getting its own wine bar. The Greek wine bar will also exist on Ossington Avenue, but remains in the very early stages.

Top Chef Canada finalist and owner of the Good Son, Vittorio Colacitti just opend a new spot at Yonge and Eg. CASS AVENUE (150 Eglinton Ave. E.) is a cocktail and snack bar that hearkens back to the era of Motown and the rock ’n’ roll revolution in Detroit.

The original Taiwanese fried chicken spot AITAIKER found its new home in Thornhill this summer (9200 Bathurst St., Unit 7). The popular street snack spot is dishing out all the classics, including its famed popcorn chicken bento.

The Burger’s Priest founder, Shant Mardirosian, is opening a family-style pizzeria replacing Italian stalwart Campagnolo this month. FOURTH MAN IN THE FIRE PIZZERIA (832 Dundas St. W.) will be an effort to give back to the people of T.O. These American pies will be as delicious as they are affordable.

Chef Sean MacDonald opened the first culinary-forward tasting menu in Leslieville this month. EST (729 Queen St. E.) is the first of its kind to grace Toronto’s east end and is hoping to make some noise in the emerging neighbourhood.