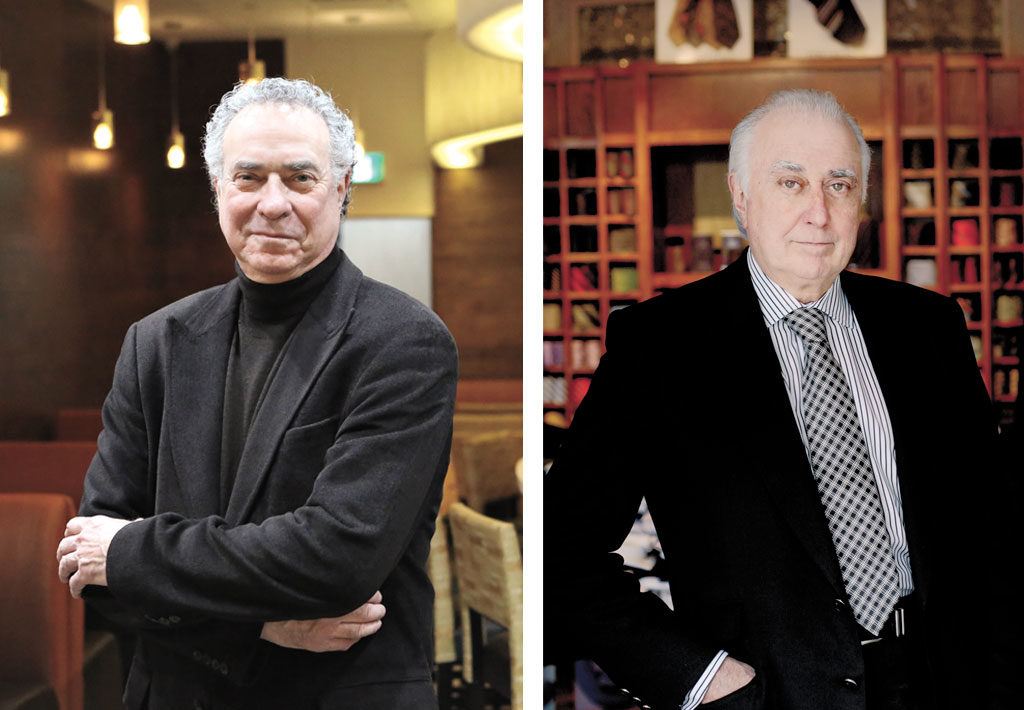 The $5.3 billion Eglinton Crosstown light rail transit (LRT) line is probably necessary for the overall good of the city when it is finally operational in 2020.

But as Metrolinx crawls along Eglinton Avenue, tearing up the road and closing more lanes, businesses in the area are nervous about the prospect of surviving the years-long project.

So it isn’t difficult to find a business owner along Eglinton with an opinion to share about this ongoing construction as it moves slowly but steadily toward Avenue Road from Bathurst Street.

It’s messy; noisy and disruptive to traffic; and right now, it is absolutely bad for local businesses.

“I’ve been here 46 years, and I have another year to go on my lease, and I don’t see it getting any better. There is basically no foot traffic in the area,” said Jim Tanner, owner of Angelo Rosso Custom Tailor.

Post surveyed 50 businesses in the area, ranging from salons to restaurants to clothing stores, and found that 32 per cent are already considering the need to shut down or find a new location out of fear that they won’t survive the construction period.

Another 16 per cent are unsure if they will survive the construction and are very worried — having already experienced higher than a 50 per cent drop in their revenue.

Although there are business owners who remain optimistic that they will survive, nearly all businesses said their revenues had been affected.

Over 90 per cent of businesses agreed the City of Toronto should compensate them for lost revenue that occurs during the construction period, which is only expected to get worse.

“They must give us at least a serious break on taxes because the construction is happening over such a long time. We might not even be around when it’s done,” said Barry Chaim, owner of Edo restaurant, who has been on Eglinton Avenue for nearly 28 years.

Chaim said he has watched other businesses in the area close and is very worried this could happen to him.

Some owners pointed to businesses that were forced to shut down during the long construction period on St. Clair Avenue and were never able to reopen.

“If we close down, we’re gone,” Chaim said, explaining that moving would not be an option.

“The biggest thing the city can do is give us a break on taxes because we are going to need that help to get by,” he said.

Many Eglinton business owners agreed that tax breaks could help and said they are hoping new mayor John Tory keeps good on his campaign promises to help small businesses in the area.

Others said they would be happy with something as simple as relaxed ticketing in the area.

Parking enforcement has often been accused of being ticket-happy along Eglinton, where so much parking has already been taken away.

A few businesses said they have been able to find new ways to accommodate their customers.

Prairie Dog shoes said they’ve upped their online store to accommodate customers not wanting to come to visit the location.

“We’re lucky because it is a destination store and we’ve found ways to make it work,” Prairie Dog general manager Nathasha Lisoos said. But even Lisoos agreed that lost revenues should be compensated for other businesses who are suffering.

SupperWorks has started bringing their pre-made meals to the customer.

“The service that we offer is that we will allow people to drive up, and we run the product out to them, so that has helped,” Margaret Warman said.

Although the city might try to make the area more livable while the construction goes on, 82 per cent don’t want to see bike lanes as part of that plan, and some even called the idea “ludicrous.”

“They would only be doing that to appease some people. I’d rather see them find parking for my customers,” said Rob Beben, owner of Eunice Denby Flowers and a Business Improvement Area (BIA) member.

“Right now people can’t even see the front of my store. They are 25 years too late with this project,” he added. “But there is nothing we can do.”

For now, construction is an unfortunate fact of life in many parts of the city, and the hope from everyone is that the result will be worth the struggle.

Until then, they will all have to do what they can to survive.