No drinking in public parks this summer in Toronto at least | TRNTO.com
Skip to content 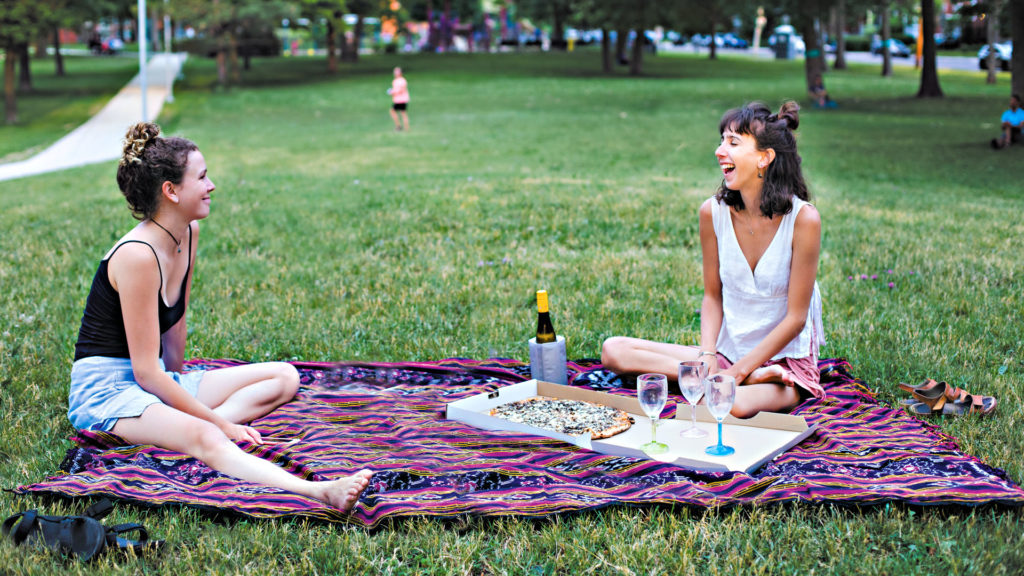 Councillor Josh Matlow has been on a mission this spring to push forward a plan to allow for the consumption of alcohol in Toronto parks. Unfortunately, the midtown councillor’s motion was killed at the committee level before it even got to city council. Recently, Matlow and fellow councillor James Pasternak debated the issue in Post City magazines.

“Last summer, council recognized the importance of being able to enjoy a drink outside by loosening restrictions on patios with the successful CaféTO, which will return this year,” said Matlow. “But what about Torontonians who can’t afford a drink in a bar or don’t have an outdoor space in their homes? These residents will either be forced to have unsafe gatherings indoors or, like many over the past year, choose to drink illegally in parks.”

Although Matlow made some good points, Coun. Pasternak, who has sat on the parks committee for six years, argued that there are mechanisms in place to allow for some drinking in parks with the proper permits — anything more would tax already overworked bylaw and police officers amongst others.

“Although having an alcoholic drink in a beautiful park is enticing, the liberalization of alcohol use in our parks is a high-risk policy that is more likely than not to lead to negative outcomes. I’ve sat on the parks committee for six of the 10 years I’ve been at city hall, and no one has said to me that they would like to see more alcohol in our parks,” he said. “Although most who consume alcohol do so responsibly and respectfully, increased alcohol consumption in parks in other jurisdictions has led to public intoxication, the disturbing of other park users, increased broken glass, refuge and litter.”

Matlow argued that these things are already illegal, and mechanisms are in place so why not use them?

“Public intoxication and underage drinking are already illegal under provincial law. Littering, excessive noise and public urination are ticketable offences and already issues in parks,” said Matlow. “Legalizing alcohol will allow the city to focus enforcement on problem behaviours that are already occurring while loosening restrictions to provide a safe option for responsible adults who wish to enjoy a beer or glass of wine.”

In the end, Matlow’s motion for a pilot project for legal public park drinking failed at the April 27th meeting of the city’s economic and community development committee. At the debate, Coun. Joe Cressy said the motion was “rushed.”

Although all is not completely lost. The motion was referred to parks and licensing staff for consideration. But without a timeline, certainly, it is unlikely there will be any tall cans popping in parks this summer. Not legally, anyway.