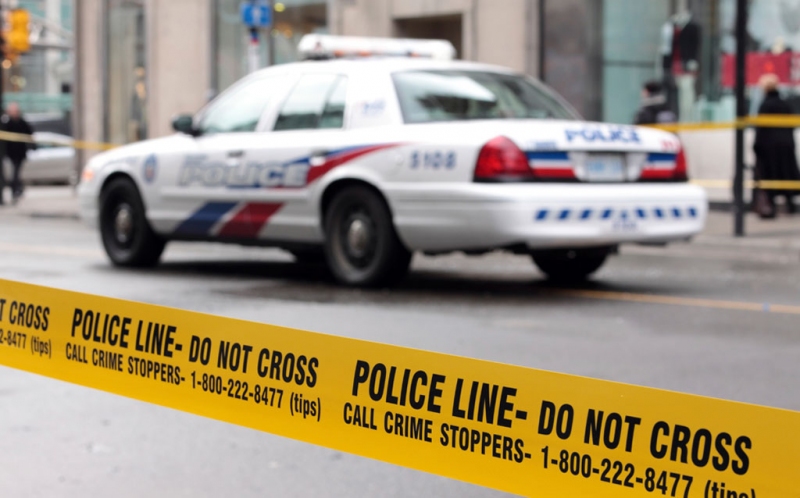 According to TPS, the suspect(s) are utilizing doors and windows that have been left open or unlocked by the homeowner.

The break-ins are taking place throughout the overnight hours while residents are at home and usually asleep.

The TPS would like to remind the public to remember to lock all doors and windows and to activate alarm systems at night or when not at home.

Man commits indecent act on woman’s balcony in Rosedale
The Toronto Police Service (TPS) is requesting the public’s assistance in identifying a male suspect wanted for committing an indecent act in Rosedale.

On Aug. 2, shortly after 7 p.m., a 35-year-old female victim was in the second-floor bedroom of her house in the Crescent Road and Yonge Street area. She saw a male suspect standing on the balcony that leads to her bedroom, staring at her while committing an indecent act. She yelled at the suspect and called 911. He left the balcony.

Through a canvass of the area, police have located security camera video footage and images of the suspect and have posted it on the TPS website.

Anyone with information is asked to contact the TPS.

Two injured in shootings near Eglinton Avenue West
Toronto Police Service officers are investigating two connected shooting incidents in Midtown that may have resulted in the injury of two people.

On Aug. 6, at approximately 4:40 a.m., officers responded to the sound of gunshots in the Eglinton Avenue West and Oakwood Avenue area. No victims were located at the scene. However, shortly after the incident, two people arrived at separate Toronto-area hospitals with gunshot wounds. Each received treatment and neither injury is considered to be life-threatening.

Further investigation revealed that this incident is connected to a previous shooting incident a short distance away, a few hours prior. On Aug. 5, at approximately 9:25 p.m., an unknown suspect discharged a firearm on Eleanor Avenue, west of Oakwood Avenue and Vaughan Road. One bullet struck a passing vehicle travelling north on Oakwood Avenue, narrowly missing the driver.

Home invasion at Bayview– York Mills leads to arrest
An 18-year-old Toronto male suspect has been arrested and charged in a home invasion robbery investigation.

It is alleged that on Nov. 12, 2015, in the Bayview Avenue and York Mills Road area, a 58-year-old male  victim was at his recently deceased parents’ home when three people knocked on the door. They produced handguns and forced the victim back into the residence where he was bound with duct tape. The suspects ransacked the residence, removing valuables.

On Aug. 11, the Toronto male suspect was arrested and charged with seven offences in connection with the crime including robbery while armed with a firearm, forcible confinement, possession of proceeds of crime and possession of cocaine.