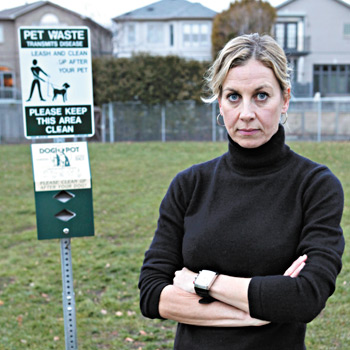 An appeal to overturn a City of Toronto decision to close an off-leash area for dogs has failed, leaving members of the group that applied for it facing a $15,000 court bill.

Following a protracted legal battle that pitted neighbour against neighbour near Ledbury Park, City of Toronto: Parks, Forestry and Recreation closed the off-leash area in the green space, citing on-going and unresolved conflicts between off-leash users and area residents. Challenging the decision, the Ledbury Dog Owners’ Association (LDOA) took the case before the Ontario Superior Court of Justice.

There, the Superior Court dismissed LDOA’s submission that the city’s decision should not have taken into account complaints of neighbours who did not themselves use the park.

Fred Myers, a pro-bono lawyer from Goodmans LLP and legal counsel for LDOA, said the loss was disappointing for his clients.

“At the same time, I think our clients are quite pleased to see that, perhaps aided by their actions in keeping this issue in the public eye, the city has now determined to study other options for off-leash areas,” he said. According to local Ward 16 councillor Karen Stintz, the city intends to keep the lessons Ledbury taught in mind. “The one key lesson we had from this circumstance was that we cannot have an off-leash park next to residential homes,” she said.

“They would not even look at an appeal. Better let sleeping dogs lie.”

This is a relief for Jan Petrook, a neighbour of the park who recalls the “pandemonium” of gates clanging and dogs barking. She and neighbours felt an off-leash area was inappropriate so close to their homes.

“[The city] realized it’s very unfair,” she said. “But there are other designated dog parks that do not impinge on people’s happiness, privacy and well-being.” Petrook said she thinks the dog owners’ association is unlikely to revive its case once again.

“They would not even look at an appeal. Even if [LDOA] did, they would end up having to pay the money again,” she said.