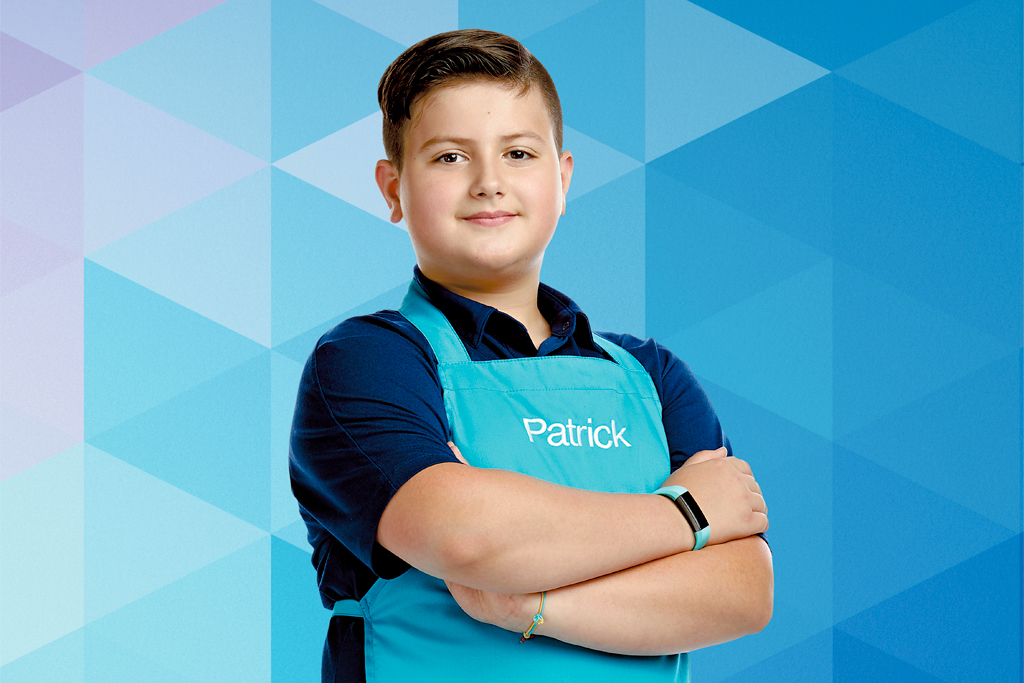 Food Network Canada’s new series highlighting the best and brightest young chefs across the country has a homegrown star. Ten-year-old Patrick Nicholson is showcasing his chef skills on Junior Chef Showdown and has made it all the way to the finale which airs on Sunday, June 7 at 9 p.m.

The Owen Public School student who grew up in North York says he’s been cooking since he could walk and has always been more interested in kitchen appliances than toys. A love of food runs in the family as his grandmother taught him how to bake and his parents taught him how to cook. He also has taken many kitchen tips from his older brothers.

Nicholson’s kitchen specialty is his tagliatelle alla bolognese, and his favourite food is macarons. When he’s not in the kitchen, he likes to play judo, or spend time reading, drawing and singing.

The show’s three-judge panel includes Jordan Andino, a Toronto native known for his popular New York City restaurant Flip Sigi. He judges the junior chefs alongside pastry chef Anna Olson and Lynn Crawford, known for her Ruby Watchco restaurant on Queen Street East as well as her many other television appearances in shows such as Top Chef Canada, Chopped Canada and Iron Chef Canada.

This new Food Network Canada series started with 14 junior chefs between the ages of nine and 13 from all across the country and has been whittled down to just three chefs remaining in this Sunday’s finale. The winner of the competition will walk away with a cash prize of $25,000 and a family vacation courtesy of Air Transat.