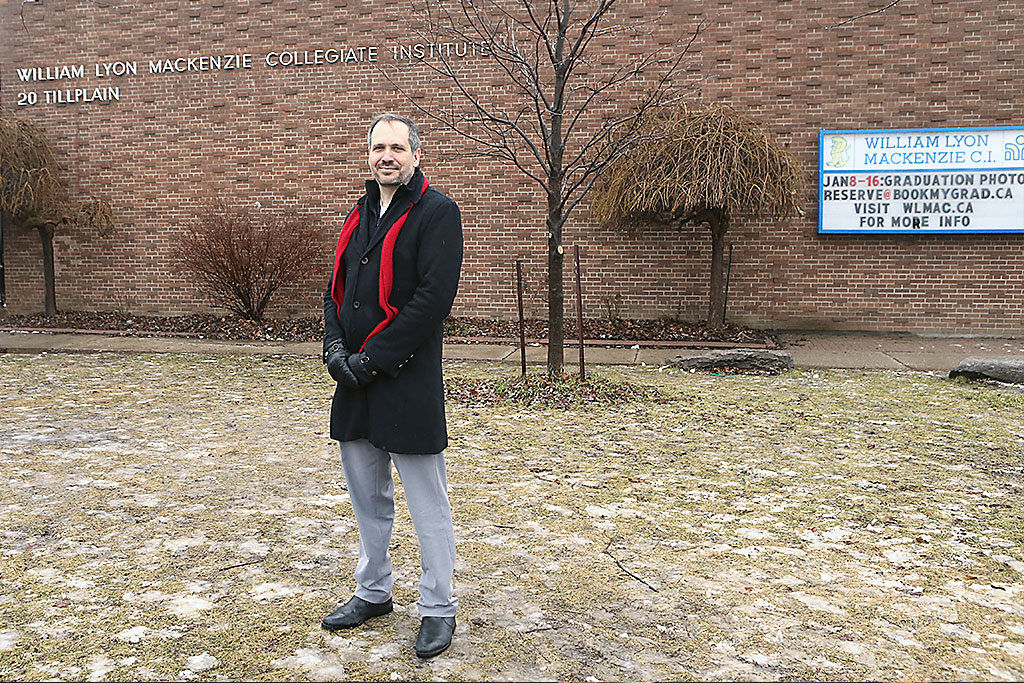 The TDSB has identified 15 planned developments within the Dublin Heights and Mackenzie C.I. attendance areas, which will add at least 263 additional elementary aged students and 152 new high school aged students to the area. Dublin Heights has added six portables in the past three years, and its washroom, cafeteria and gyms are no longer able handle the increased number of students.

“They’ve had to cancel our spirit ceremonies because all of the kids can’t fit into the gym,” said Dublin Heights council co-chair Marlene Ellison. “There’s no cohesiveness in the school anymore; everything is divided.”

Principals from affected schools formed a TDSB Local Feasibility Team (LFT) to brainstorm solutions. After meeting last spring, the LFT suggested adding Grades 7 and 8 to Summit Heights Public School, which would lessen the intake on Dublin Heights. For Mackenzie C.I., the LFT recommended eliminating optional attendance, and adding a second lunch to fit more students into shared spaces. This doesn’t sit well with parents who pointed out that many of the school’s clubs and programs take place over lunch.

“We don’t see that the split lunches solve anything,” said Jeff Pekar, co-chair of Mackenzie’s parent council, adding that classrooms would remain just as overcrowded. “In fact it creates more longer term problems than it solves.”

A Program Area Review Team (PART) was formed with members of the community in September to review the LFT’s suggestions. Progress has stalled after three meetings due to a lack of consensus.

“We’re not addressing enough of the issue,” said Ellison.

Facing a divided public and unable to present an unanimous solution, the PART postponed public meetings until 2019.

“We’re looking forward to hearing from students and parents about possible solutions to ensure schools in the area are well-positioned for future growth,” said TDSB spokesperson Ryan Bird.