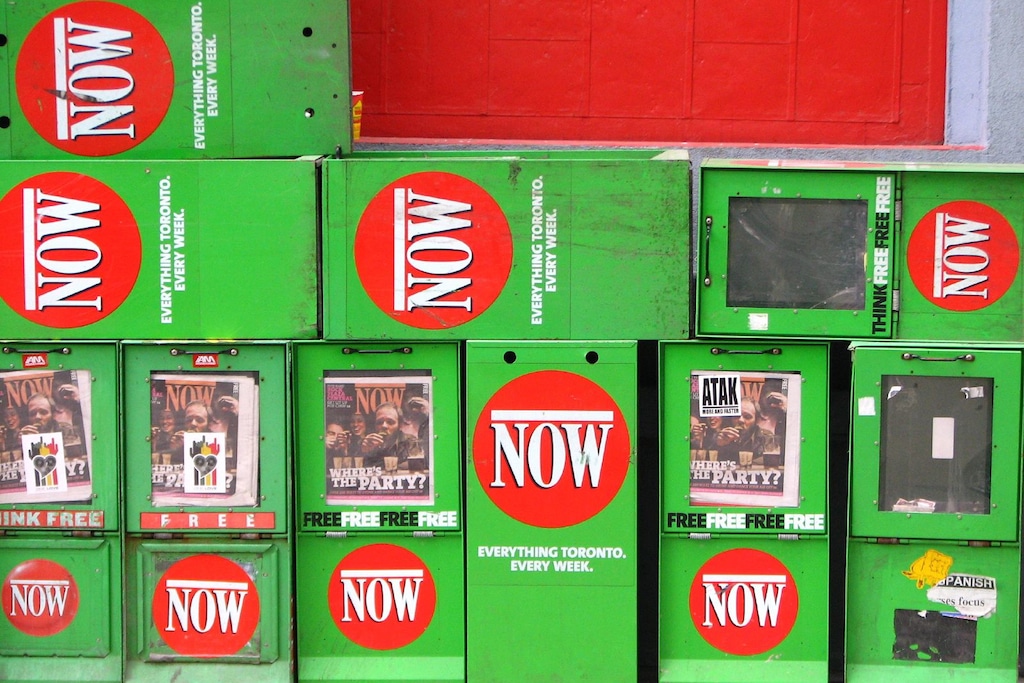 On Nov. 29, Toronto’s only alternative weekly NOW Magazine, nowtoronto.com and related assets were purchased by Media Central Corporation Inc for a reported price of “up to” $2 million.

According to a Media Central press release, purchasing Now is the first of a planned 100-property acquisition for the media company.

This broad acquisition is part of a grand plan to create a media network that will allow MediaCentral to monetize the “creative class.” But, the only other outlet under the umbrella currently is cannabis website CannCentral.com.

“NOW is an iconic Canadian brand that has defined and pioneered the independent voice for more than 38 years. A voice that has informed what we know today as the creative class – a term originated by Richard Florida to describe the highly creative, upwardly-mobile, socially conscious people who influence and affect political, social and popular cultural trends,” said CEO Brian Kalish.

The company stated that it intends to “leverage NOW’s existing platform and infrastructure to promote and increase readership, drive unique digital visitors and increase operational efficiencies across the company’s individual properties.”

There is nobody on the current board of directors at Media Central with any publishing experience except perhaps director Gil Steinfeld who reportedly “oversaw top-level Canadian and U.S. marketing strategies for PartyGaming Plc, and World Poker Tour in the areas of online and traditional media.” CEO Kalish is perhaps best known for working alongside David Cynamon and Howard Sokolowski in a deal to acquire the Toronto Argonauts in 2003 in addition to experience in the financial and healthcare sectors.

In a recent interview with the Toronto Star, Kalish reiterated his intention to keep the spirit of Now alive and minimize any disruptions. But, that didn’t quell the speculation on social media.

So apparently NOW magazine has been sold? And the new buyer’s only other property is a cannabis website? And it included a ton of NOW financial info in its press release? This is all so weird https://t.co/KrFxl5oaQx

Alice Klein and Michael Hollett founded NOW Magazine in 1981 and launched nowtoronto.com in 2000. The publication has played a vital role in the city especially in its support of local artists and grassroots politics including founding the North by Northeast music festival.

In a statement on nowtoronto.com, Klein said she will remain with the company in the new role of chief editorial strategist.

“NOW readers love and trust the NOW brand because they can count on the quality and authenticity of its content. It is exciting to enter the next stage of NOW’s evolution with MediaCentral, a young, ambitious and tech-savvy media company committed to maintaining and enhancing NOW’s strong independent and alternative voice while realizing its potential for growth and innovation,” said Klein.