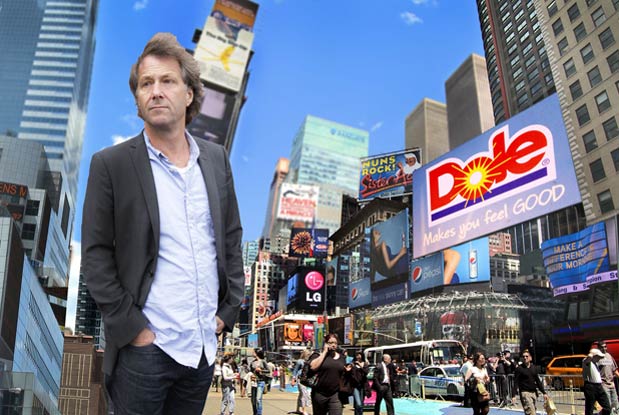 At the 2009 L.A. Film Festival, Swedish filmmaker Fredrik Gertten was anticipating the premiere of his documentary Bananas!, about a legal battle between Nicaraguan banana farmers and U.S. food-giant Dole. Unexpectedly, the festival organizers withdrew the film and then Gertten received a letter from Dole threatening legal action if it was shown. In a classic David-and-Goliath struggle, Gertten and his four-person film company fought back against Dole (2011 revenues: $7.2 billion)  — and they made another film about it. Big Boys Gone Bananas! has a limited run this week at the Bloor Hot Docs Cinema, so we caught up with Gertten to find out if he’s crazy to take on the big guys.

You’re from Sweden. Why did you make a film about what an American company was doing in Latin America?
If we think we have the right to produce something that is exported everywhere…we also have the right to look into how things are produced that we are consuming in our country. And bananas are one of the biggest products in the world. It’s a money machine, and the price per kilo is paid by someone else.

In Big Boys Gone Bananas!, someone asks you rhetorically of taking a pop at a corporate giant, “What did you think was going to happen?” But what did you think was going to happen?
When you do a film, you are focused on making a film that works with an audience…. Most [documentary] films that are made don’t really make any noise at all. First of all, I had to make a film that was strong enough that it could travel around. And then I could think about [Dole’s] reaction. But I believe in free speech. And if we have free speech in our constitutions then we have to use it.

Do you think, coming from Europe, you were a bit naïve about how far a big U.S. corporation would go to protect its image?
Maybe I was naïve, but maybe it’s a good thing to be naïve. As long as you do your job well, I think it’s a good thing to be naïve. But of course during this process I learned and I understand that the scare culture is so much stronger here, especially in the U.S. People are more afraid. Publishers are more afraid. Funders are more afraid. But…we play a role in democracy. Journalists do and filmmakers do. McDonald’s had a totally different response to Supersize Me. They tried to tell the world that they were much better, and maybe there is more green stuff at McDonald’s now than before Morgan Spurlock’s film. And that’s thanks to a film. I think McDonald’s should love Morgan Spurlock. He helped them to be better.