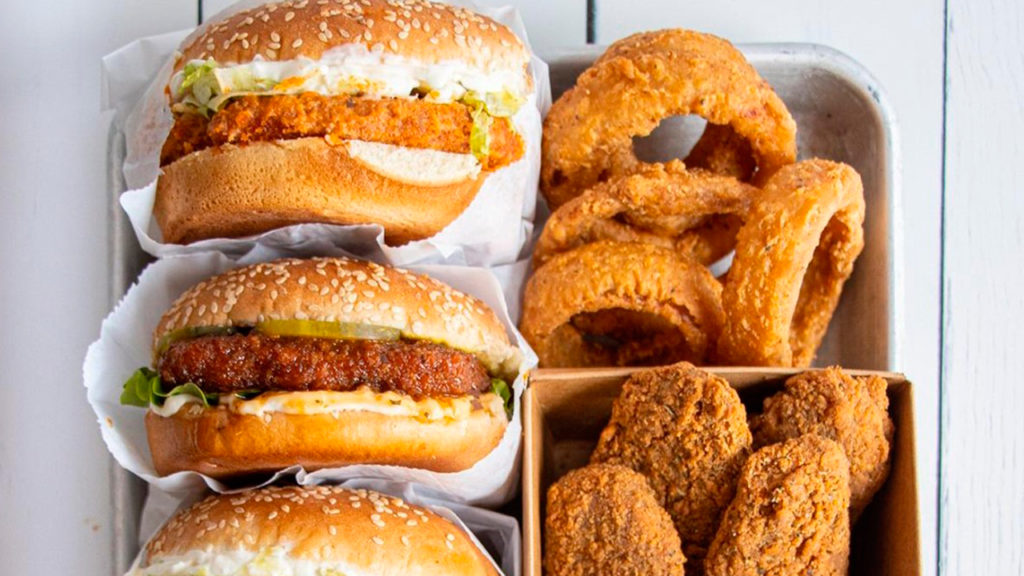 Despite the name, Odd Burger serves more than just patties and buns.

Start your day with chia French toast, a bacun breakfast sandwich or a faconator. Sides include fries, onion rings, hash browns, and mac and cheese. Plus, vegan milkshakes made with coconut soft-serve and organic soy milk. For your main, go for the one that started it all: the famous burger made with house-made chickpea patties.

Odd Burger is the latest step in a journey that company founder James McInnes began in 2014, seeking to connect organic farmers with more customers in their local communities. From there, McInnes and his wife Vasiliki developed vegan meal kits and launched their vegan burger at London’s Ribfest. The first Globally Local vegan fast food restaurant launched in 2017 and has now expanded into a full manufacturing centre.

“The Vaughan location is an incredible milestone for us, because it is the first location to launch under the Odd Burger brand,” said McInnes. “This location is also the first to fully implement our smart kitchen design, which will be used as a template for future locations and will help us to scale quickly and effectively.”

The McInnes’ show no signs of slowing down, as Odd Burger locations are slated to open in August in London and Waterloo, followed by a Hamilton outpost in September, another TO location on Broadview in October, and a recently announced NYC flagship, Odd Burger’s first venture into the US market. They also made history as the world’s first publicly traded vegan-fast food chain in April of this year.

But back to the food. With tempeh bacun (tempeh slow-cooked in a smoky marinade), breakfast sausage (seitan, chickpeas, soy sauce, dark fancy molasses), and crispy chickun (seitan, oats, chickpeas), you can feel good about your next meal on the go.