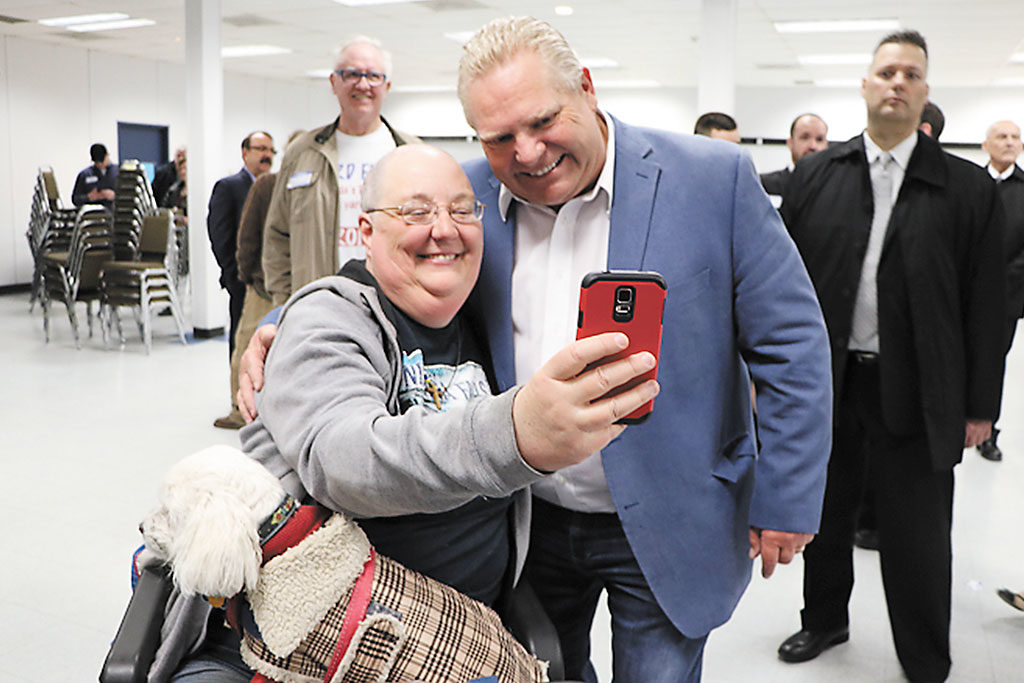 You can imagine Doug Ford in his bed, drifting off to sleep, dreaming “When I am premier of Ontario.…”

Determining what that dream may be involves a considerable amount of guesswork given that he has scrapped the intended Conservative platform for the election, and now, some five weeks before election day, has yet to release a new platform.

But there are hints about what’s in the dream, and Doug Ford does have his own defining political history, as does the Progressive Conservative Party of Ontario. This is all fodder for reasonable guesses about what he might do.

Ford has been clear about the need to cut government spending. Many others may disagree, but he thinks there are some billions to be gained by efficiencies.

The crossover between program cuts and efficiency savings is never clear, and one can assume that cuts will be made to social programs, as Conservatives have done in the past. For example, those receiving welfare/Ontario Works payments would see reductions in their payments; programs to help rehabilitate those convicted of crimes would be cut; and there would be a reduction in education and health programs.

The entire push of the current leadership to reduce inequality in Ontario may be ended.

He has also said he would reinstitute TAVIS, the Toronto Anti-Violence Intervention Strategy. TAVIS was funded by the province and saw Toronto police officers swarm through poorer neighbourhoods, stopping lots of people and demanding information. TAVIS was responsible for some of the worst racial discrimination by Toronto police and was a substantial factor in the provincial government enacting a regulation to restrain carding. To bring it back would be a step in the wrong direction.

The federal government has announced a national housing strategy to build affordable housing over the next decade, and it requires provincial participation and funding.

Toronto is desperately short of affordable housing, with a waiting list near 100,000 households, and city council needs a push to get programs working locally.

It is not clear that Ford will continue the initiatives undertaken by the current provincial government. Toronto may not get the needed affordable housing.

Nor is he likely to continue the current government’s proposal to provide free child care for children two and a half years and older. Given that Toronto is the child poverty capital of Canada, with almost one in four children in our city living in poverty, this free child care program is a real breakthrough.

The program isn’t cheap, and if Ford carries through on cutting expenditures, this opportunity will be over.

Will Doug Ford be willing to reconsider property tax policy? The current government agreed to allow city council to lower property taxes for cultural hubs such as 401 Richmond St. W., and council has shown an interest in further reforms to protect retail strips with smaller merchants.

Imaginative approaches are needed to reform the property tax system, which seems to harm the very enterprises we wish to encourage, and it’s not clear Ford shares that imagination.
Doug Ford does like subways but not streetcars.

Will he be willing to put big bucks into a downtown relief line, which is the key subway priority for Toronto? Could he find the money for that?

Much of Doug Ford’s dream for Toronto will depend on how many Conservative members are elected in this city — and in other cities, too.

The Conservatives have a base generally outside of cities, which means they are not particularly urban-friendly. That could change if strong Conservatives are elected in cities.

In these last five weeks we’ll see what shakes out. Doug Ford might find himself in bed dreaming, “If only I had become premier of Ontario instead of.…”