Of strikes, streetcars and plunging polls | TRNTO.com
Skip to content 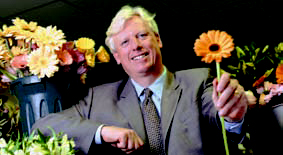 IN 2003, I did not support David Miller’s bid for mayor. I was concerned about two things: He was a great talker but never actually accomplished objectives, and his focus and understanding would be targeted at the old city of Toronto, instead of the amalgamated city.

In 2006, after serving three years on council with Mayor David Miller, I could see that my concerns were real. I challenged him for the position, when no one else would, because I wanted to get the message out that under Mayor Miller’s “leadership” we were headed in the wrong direction. It had come to this — if I couldn’t take the city in a new direction, I didn’t want to serve on council for another four years.

In a recent Ipsos-Reid poll, David Miller’s popularity has plunged to 43 per cent. Another poll indicates that the majority of Torontonians do not approve of his handling of the city strike.

Rather than the mayor defining the issues, the issues are defining the mayor. The strike should have been avoided, and it was unwarranted. Why should Torontonians suffer weeks of disruption, and why should employees be put in this position?

In 2002, Miller said that if he were mayor there would be no garbage strike. He is known as union-friendly and was strongly supported by unions in the 2003 and 2006 elections. But there is no regular engagement of the city employee unions by city hall.

Employees have low morale that is not addressed, and employees know how to run the city better. They need to be listened to. That way, morale will increase and there will be better service results. All reports from staff to council are now vetted through the mayor’s office. Political control of council has never been as strong. There are councillors who vote with Miller despite their political leanings or ward interests.

On transit, there is a compulsion to put streetcars everywhere. Recently, federal funding was missing, and $400 million plus was taken from other projects. Taxpayers had no input on this decision. An increased subway network for Toronto is preferable to streetcars. Subways better accommodate population growth and do not compete with other vehicles on the surface.

The Gardiner Expressway provides the only bypass to downtown Toronto and links the Don Valley Parkway to the QEW and Highway 427. Decisions around its future will impact business and tourism and should be decided by a greater audience than Toronto City Council.

By the time of publication, the strike may be resolved. The world has been watching — Miller was interviewed on CNN — and we look like a dysfunctional city.

Toronto needs a new mayor who has an understanding of the needs of the amalgamated city. We need a mayor who can provide urgent attention to make necessary changes, one who is not mired down in political correctness, but who has the courage to act on behalf of our concerns.