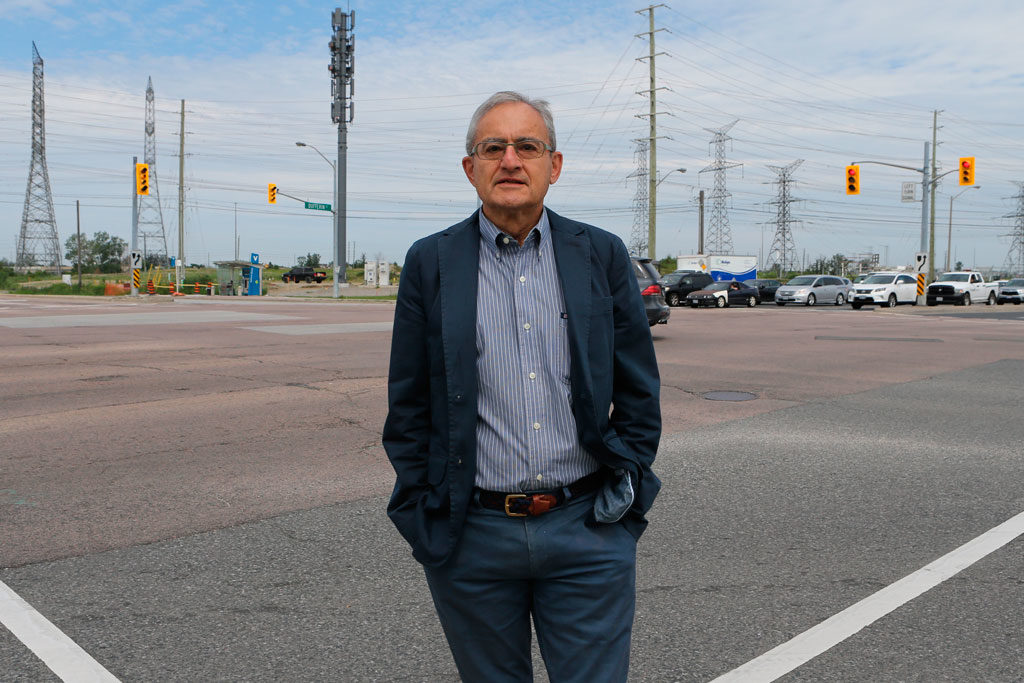 A recent development approval process in Thornhill has turned into an online feud between a councillor and a once-and-future opponent representing differing views on development in the area.

In June, Vaughan City Council approved a proposal for townhomes north of Dufferin Street and Centre Street, which Martow rallied for, over a low- to mid-rise condo with a ring road, including a traffic light, which Shefman initially approved.

“[Shefman] went on the record at the council meeting saying that much more density is needed in the community, specifically pointing out that Centre and Dufferin is a great location for higher density,” said Martow. “The residents disagree.”

Meanwhile, Shefman has been in favour of further development, pushing for lower density options.

“Why does Martow keep repeating the totally ridiculous lie that I am supporting highrise and high density at the intersection?” Shefman asked. “My record is very clear, not through untrue comments, but through action.”

The spat came to a head on the Facebook group where Martow thanked everyone who had signed the petition and emailed the city.

Shefman pointed out that ultimately he voted for the townhome plan: “Huh? How about some honesty here. It was my vote that resulted in the approval for the townhouse proposal,” he said.

Martow responded that Shefman only supported that plan after his first choice was deferred,

“Councillor Shefman was claiming to have fought for townhomes, when in reality he was council’s strongest voice for condos,” said Martow.

Martow has received mixed support and criticism from some members of the group. He has been accused of “fishing for votes” — alluding to his expected 2018 council run — and of pushing a NIMBY (not in my back yard) attitude toward further development.

Ward 4 councillor Sandra Yeung Racco downplayed the chasm between Shefman and Martow as a difference of opinion, albeit with an election right around the corner.

“I guess [Martow] is trying to position himself in the public as a fighter,” said Yeung Racco. “And councillor Shefman is doing his job. I’m sure there’s some friction.”