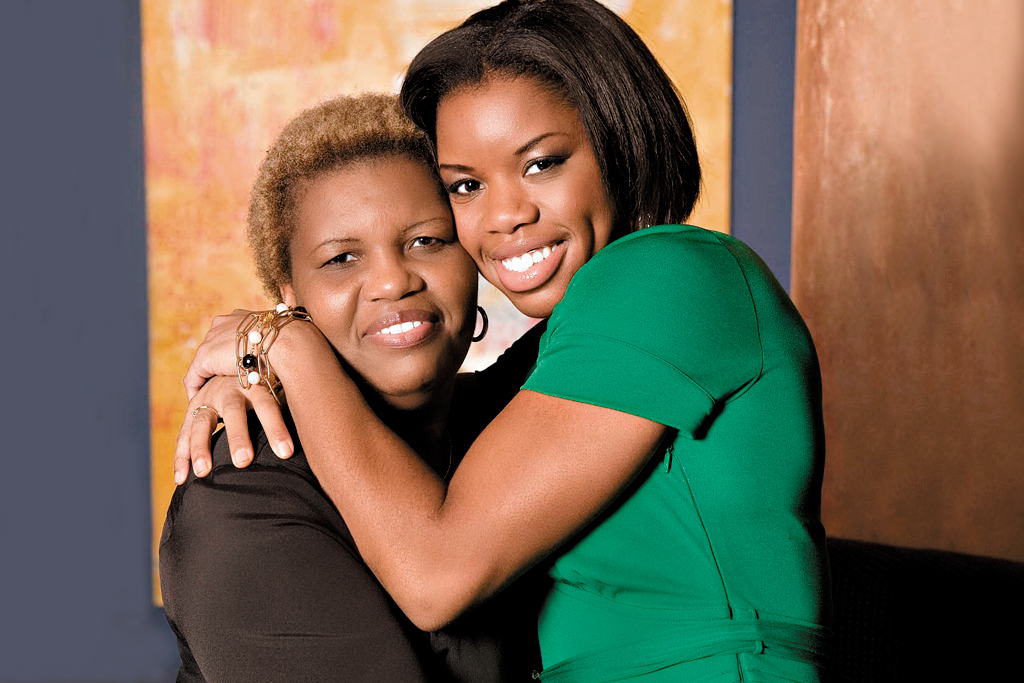 Toronto’s Perdita Felicien is best known as a hurdler, a former World Champion and Olympic athlete of the highest calibre. Despite her incredible ups and downs as a world-class athlete, the story of how her family came to Canada and how she survived and thrived thanks to the sacrifices of her mother is about as epic as they come.

Her mother’s story is the subject of Felicien’s first book, an emotionally charged memoir entitled My Mother’s Daughter: A Memoir of Struggle and Triumph.

Felicien says she was inspired to write the book, scheduled for release on March 30, following a year in pandemic limbo, when she had her own child.

“When I had my own child in my hand, in my bosom, I understood why my mother fought so hard for us,” she says, “and why she endured, you know, the name calling and the people taking advantage of her, because she knew that her only hope and her only chance was to make it in Canada.”

One might think, based on the author, that this is a book about the making of an athlete, and yes that is included. But it is only one part of a much more expansive narrative that is really a microcosm of the Canadian success story.

Felicien acknowledges that assumption but is hopeful that people will take a lot from her mother’s story.

“I think the assumption is that this book is about my athletic journey. And that is a thread throughout,” she explains. “But I always felt like my mother’s story was incredible. The person I learned and grew to know as I got older.”

Felicien’s family roots are found on the island of St. Lucia where her mother, Catherine, began working on the beach when she was just 12 years old. Later, pregnant with her second child, who would come to be named Perdita, she makes the decision to uproot and move to Canada to become a nanny.

Felicien considers her mother a hero and feels that without her mother she wouldn’t be where she is today. The former Olympian, Canadian icon and journalist is also set to attend another Olympic Games this summer with the CBC broadcast team.

She is honouring her mother’s sacrifice in telling her story. But it took a lot of work both here and in St. Lucia.

“A lot of this book is oral history. And of course, there’s historical fact as well,” Felicien says.

“I had to go back and figure out what the immigration status was here and what is the culture like in St. Lucia, what are the rules around abortion, all this stuff. So there was a lot of that research that I had to do.”

“There’s so many parts that I put off writing because I didn’t want to face them early. I would say having to put on the page witnessing my mother live through an abusive relationship, witnessing that and having to tell that story on the page was very hard. I was my mother’s defender in many ways. But I’m six, seven years old. I don’t have the tools to defend her. And so it was hard revisiting that because I had to relive that for myself but also to ask that of her again. That was hard.”

The Felicien family settled in Oshawa and then Pickering. And it was in Durham Region during a nationwide school fitness program that a gym teacher first saw her potential as an athlete. It’s not like her family didn’t want that for her, more like they just didn’t have any frame of reference  for that possibility. “Nobody in my family knew that I had anything special because they weren’t athletes themselves,” Felicien says. “We didn’t aspire for me to go to the Olympics or to get a scholarship. That was not on our radar.”

But it worked out quite well, and for years Felicien was the top sprinter in the world, attending three Olympic Games and winning the World Championship twice.

Following her running career, Felicien studied journalism and is part of the CBC’s Olympic broadcast team.

Felicien credits her mother for getting her where she is and setting her own child up for success as well. Her strength and her outlook on life are what she hopes to pass on to her daughter Nova.

The online book launch for My Mother’s Daughter is scheduled for March 30 at 7:45 p.m.