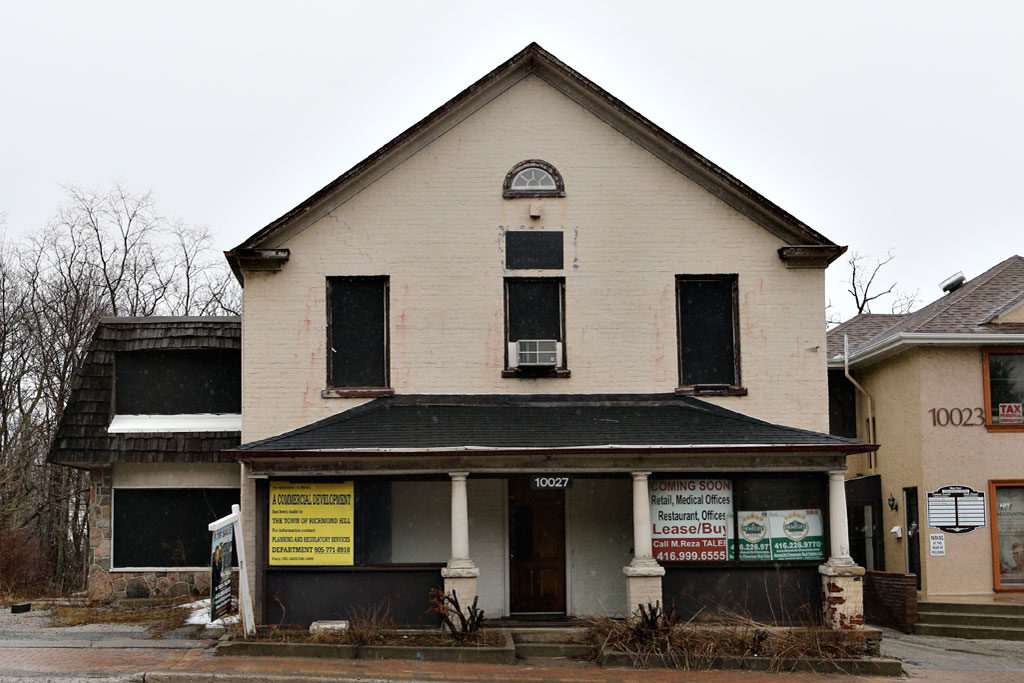 A new development at 10027 Yonge St. in Richmond Hill’s downtown core is currently at the Ontario Municipal Board (OMB), after a series of resubmissions to the Town of Richmond Hill that has lasted since 2014.

Over the years, the development has evolved into a six-storey commercial building comprising retail, office and restaurant uses. The heritage building at the address was retained and various amendments to the design were made in accordance to the official plan.

In February 2017, the town’s Downtown Local Centre Secondary Plan was passed, introducing a new provision to create a linked system of courtyards through existing private property, which prompted the landowner, Mahdi Moradi, to appeal to the OMB.

“We put the new development behind the existing heritage building,” said Moradi. “We revised our design based on the town’s feedback. We didn’t get any, any comments about that linked system of courtyards.”

Moradi said the mews and courtyards policy was introduced suddenly, thereby sidelining his proposals. Moreover, he disagrees with the policy itself.

“All the liabilities are on the shoulders of the landowners.”

“If the town wants the linked system of courtyards to act as a public road, the town has the ability to expropriate the land,” he said. “But all the liabilities are on the shoulders of the landowners.”

Local councillor David West believes implementing integrated mews and courtyards behind the buildings will create a more desirable downtown core as well as maximize parking potential in the area. He said setting a plan for future developments to conform to is necessary to build a more vibrant destination, create opportunities for unique public spaces and maintain consistency throughout the area.

“I actually think that the concept of this plan is very exciting,” he said. “There are a lot of really positive results that this plan would likely yield for this community.”

However, neighbouring local councillor Tom Muench disagrees. He has approached property owners in the area to hear their concern and is lobbying against the implementation of this policy.

“I’m trying to make it a place where people can go, and some can say that these integrated mews and courtyards might do that,” said Muench. “The arguments by some are, ‘Who wants to walk behind a building where there’s transformers?’ There’s no consistency or integration.”

An OMB decision will be made in the next two months.