On the road to family fun — or dysfunction? - TRNTO.com
Skip to content 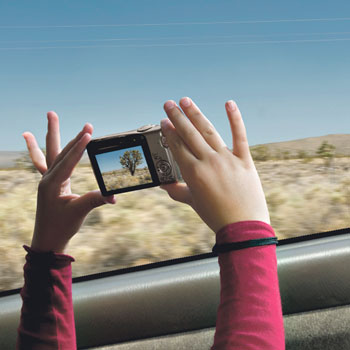 Recently, I read in manuscript form the Canadian writer Curtis Gillespie’s Almost There: The Family Vacation, Then and Now, to be published this summer.

Mr. Gillespie, with great insight and humour, weaves analysis and history of the family vacation with tales of his own family trips, both as an adult, with his own children, and growing up in the ’70s.

The opening anecdote, describing the extremely inauspicious beginnings of a 1973 family car trip from Calgary to Mexico, is worth the price of the book alone. Spoiler alert — basically, for months beforehand, his mother hoards hundreds of comic books so 14-year-old Curtis and his five brothers and sisters will have something to read during the trip. Half an hour outside of Calgary, the box is opened. Young Curtis digs into a much-anticipated Spider-Man. But he reads it too closely, starts to feel car sick and asks his father to pull over. His father ignores him, and Curtis hurls all over a) himself and b) the comics in the box at his feet.

Poor kid! With this image fresh in mind, I discuss with my wife, Pam, the possibility of driving down from Toronto to the Florida Keys this March break, with our three kids.

We were going to fly, but — “It’s so much more cost-effective to drive.” That is, of course, the reason the “road trip” was invented. But a trip is not truly “cost-effective” if you both wind up hiring divorce lawyers at the end of it.

Last time we tried a long car trip the whole extended family drove from Toronto to Prince Edward Island. Five days driving. And to save money we decided we’d camp on the way! Sounds like fun, doesn’t it? Our relationships still bear the scars. That was five years ago, but to this day, if anyone mentions camping, tents or anything even vaguely related, I can reliably look over and see my wife’s brow furrow — can practically feel the temperature of the room go down.

Shall we say: I was not at my best. The sun was setting, but it was no “magic hour.” It was raining, she and the boys were struggling to erect our facocked tent, and I was trying to light a fire because there was no other way to cook the friggin’ hot dogs in our cooler.

Tempers were frayed. Words were exchanged — an incident I’d rather not go into, except to say: Lord, I wish we’d flown. We would’ve landed on the tarmac in P.E.I., having watched a movie, consumed a couple of cocktails, all bright-eyed and bushy-tailed.

But I like saving money as much as the next guy. Hope springs eternal, and our family did survive the last time. Plus, according to Mr. Gillespie, the crucible of car travel — even the boredom! — is good for family togetherness. And memories are forged by both good and bad experiences alike.

So here goes nothing! Kids, pack the car. Where’s that goddamn DVD player? Stop squabbling! I will turn this car around! (Mr. Gillespie tells the story of a friend’s father, also driving from Calgary to Mexico, who, fed up with his kids’ bickering, turned around at a gas station between San Francisco and Los Angeles!)

David Eddie is an author, advice columnist for the Globe and Mail and co-creator of the television show The Yard. He lives in Toronto with his wife, Pam, and his three sons.