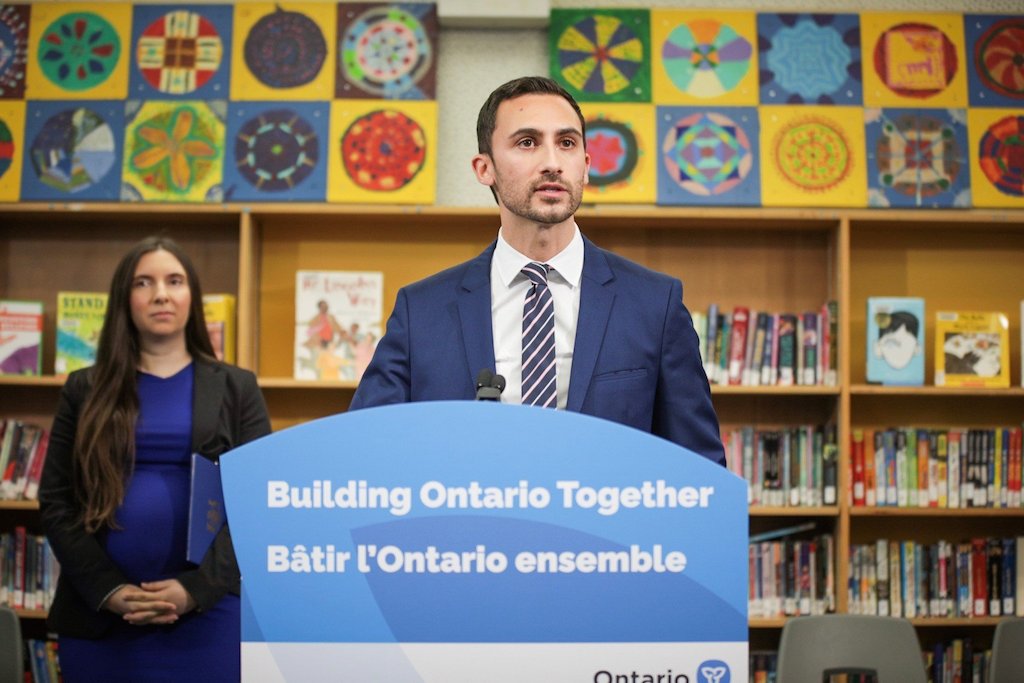 Toronto secondary schools are rescheduling school activities in anticipation of a one-day strike scheduled for tomorrow, Dec. 4. And, it might be a busy day at local malls as tens of thousands of teenagers could find themselves with a free afternoon just weeks from the holidays.

A holiday concert at Malvern Collegiate Institute, for example, originally scheduled for Dec. 4 was moved to the next day. This is a likely scenario at schools across the city.

Of larger concern is what parents will do with a youngster who suddenly has a day off in the middle of the week.

But it is important to note that in Toronto elementary schools will remain open, which isn’t the case in some Ontario municipalities. This makes it much easier for parents as teenagers are generally able to stay at home while parents are at work.

According to a written statement, the Ontario Secondary School Teachers’ Federation (OSSTF) announced that “should a tentative agreement not be reached, its members (teachers and education workers) will conduct a one-day walkout (full withdrawal of services) on Wednesday, Dec. 4, 2019 and return to work on Thursday, Dec. 5, 2019.”

OSSTF has announced that, should a tentative agreement not be reached, its members (teachers & education workers) will conduct a one-day walkout (full withdrawal of services) on Wednesday, December 4, 2019. For more information, please visit: https://t.co/9wYzouVKf3 pic.twitter.com/13kq5b24AZ

“Doug Ford’s Minister of Education would have Ontarians believe that he’s eager to get to a deal,” said OSSTF/FEESO President Harvey Bischof. “But the bargaining process has been underway for months now, and through that entire time the government side of the table has willfully avoided any meaningful discussion of issues that are crucial to the quality of education in Ontario. They have simply refused to acknowledge the devastating effect that increased class sizes, mandatory e-learning, and the loss of thousands of teacher and support staff positions will have on the province’s students.”

Stephen Lecce, Minister of Education, has contended, in a statement, that the government has made “major moves that have not been matched or reciprocated by the teachers’ unions.”

“Strikes hurt kids. Our Government has been clear, we want deals that keep students in class. For teacher unions to leave the table, to turn their back on our children, and to escalate to the point of compromising their education, is deeply troubling for parents and our Government,” he said.

The major sticking points between the two sides remains class sizes and the mandatory e-learning requirement with the union attempting to rollback cuts made by the Ford government.

Teachers & education workers are escalating their fight at the bargaining table to reverse cuts made by the Ford Conservatives. High schools across Ontario will close for a one day strike Wednesday. Join the solidarity rally in Toronto tomorrow! RSVP: https://t.co/janmLz2KSE pic.twitter.com/mNtks2EAGL

According to TDSB information, should there be a walkout on Dec. 4, the TDSB would have no other option but to close all secondary schools to students as there would not be sufficient supervision to ensure their safety. This would include all TDSB secondary schools, Adult Day Schools and Secondary Night Schools. Any out-of-school activities (e.g. field trips, sports, etc.) would also be cancelled on that day. As a result, parents/guardians should make alternate arrangements for their children if required.