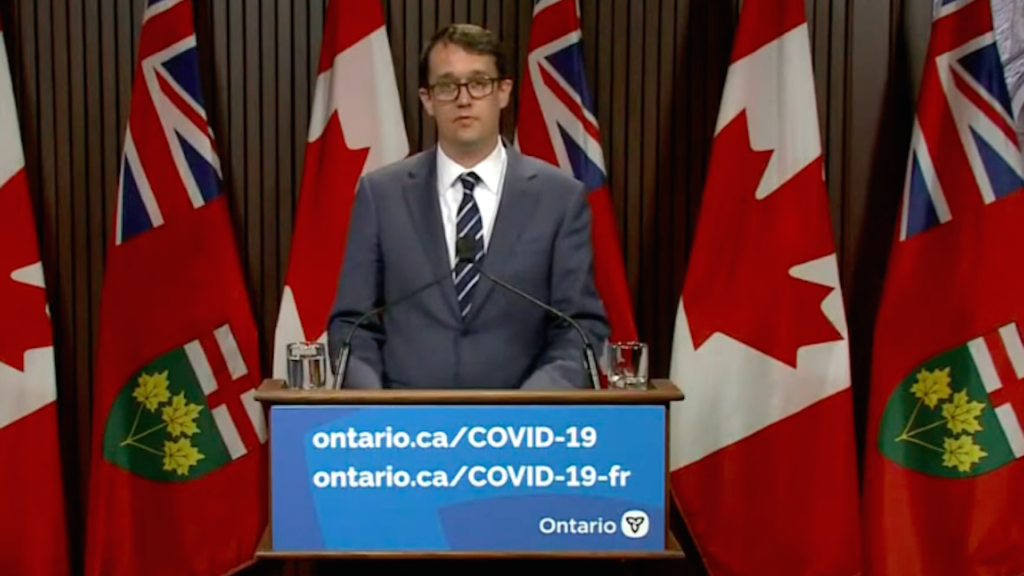 Ontario will provide its own paid sick leave program to help curb the spread of COVID-19 at essential workplaces. The program will run from April 19 to Sept. 25 and will require employers to pay workers up to $200 for up to three days when they are ill or need to get vaccinated.

McNaughton confirmed that the program will not require workers to fill out any forms or applications. Employer will be required to pay the employees out of pocket, but will be reimbursed by the province.

“Since the start of the pandemic, we’ve had workers’ backs,” McNaughton said at the news conference, noting that Premier Doug Ford negotiated with Prime Minister Justin Trudeau a $1.1 billion fund for paid sick days last summer.

“With the variants of concern, workers in Ontario need more support now than every before,” in the fight against COVID.

McNaughton added that, with the federal government indicating openness to double payments through its CRSB program, Ontario is “stepping up” to fill in the gaps.

“We are the first in the country to double payments for the federal sick days program. With this new additional provincial funding, workers could now receive a total of $1000 a week for four weeks,” he stated, noting that Ontarians workers now have access to “the most generous” sick days program coast-to-coast.

“Through this bill, we are the only province in Canada to introduce paid sick days specific to COVID-19,” he said.

If passed, all workers will soon have access to three paid sick days—this is more than the one day available to workers in PEI and the two days available in Quebec, McNaughton added.

McNaughton provided an example of a grocery worker who, for example, would need to take time off to get vaccinated — they can now get paid for doing so.

“This is a game changer and this will save lives,” he stated — although some on social media suggest it’s too little, too late.