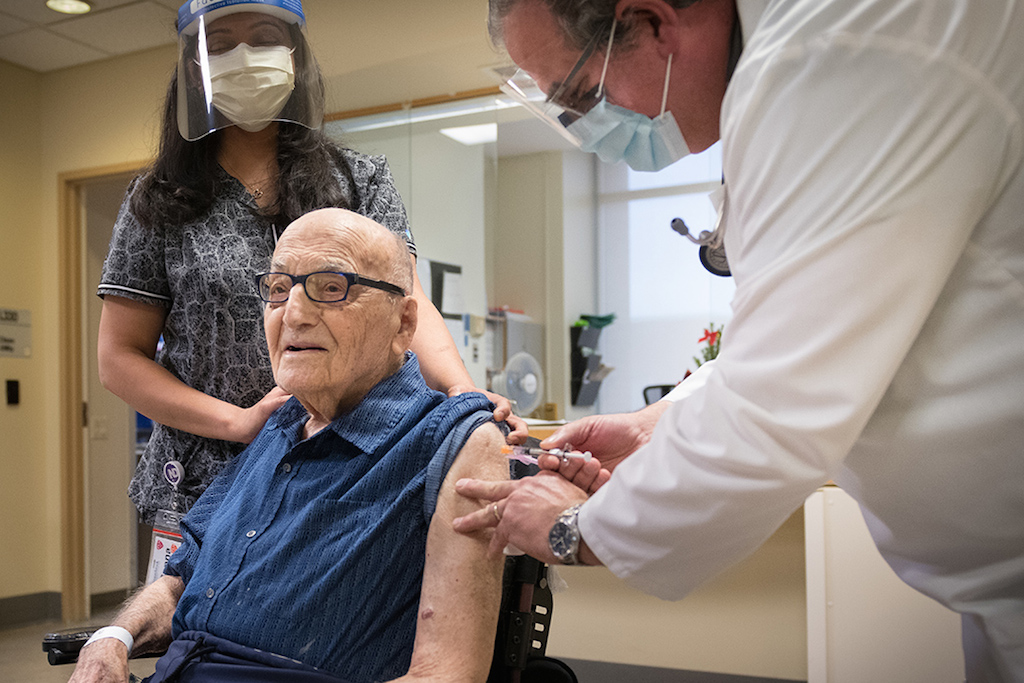 Ontario is moving into Phase 2 of its vaccination rollout opening up eligibility to a wider swath of the province including a concentration on hot zones in an attempt to control the third wave of the COVID-19 pandemic.

“We are now moving to protect those with highest risk health conditions and caregivers, and hot spot postal codes,” Ford said, at a press conference held at Seneca College on April 6. “We need to get the third wave under control and vaccinate workers in settings where we see outbreaks.”

According to the province’s plan, Phase 2 will include:

Here’s the full list of Ontario pharmacies that will offer the Astra Zeneca vaccine. It’s expanding to people 55+ across the province as part of phase 2 vaccinations. A news release said some locations will start as early as Saturdayhttps://t.co/Fze0EkABEE

Although the province, and Ford in particular, has been under intense criticism for an increasing stockpile of available vaccines this week, the premier said that every dose of vaccine, some 1.3 million right now, has been allocated with new appointments.

“We don’t have an unlimited amount of vaccines. Yes, the feds dropped quite a few vaccines onto us, and they are already distributed, but we need more,” he said. “Those are all taken, spoken for, so if we change anything we will be taking it off an elderly person. We have 1.3 in freezers, and we literally got them a few days ago, and we will continue to run out.”

“Nobody that wants to expand this program more than I do,” said Ford.

The new focus on hot zones across 13 public health units is one that many in the Greater Toronto Area have been asking for over the past few days as the size of the third-wave spike comes into focus.

As critical care triage becomes foreseeable, we must open up vaccination to all adult age groups in hotzone regions now.

“We have to focus on where we see the problems,” explained Ford. “Three regions — Toronto, Peel Region, and York Region — represent 60 per cent of the COVID cases. When there’s an inferno, you have to turn the hoses there. We will be sending mobile units into the hot areas and into these companies and make sure we target those.”

There has also been an increased call to either close down schools and send all students to virtual learning, such as what happened in Peel Region yesterday, or to vaccinate all teachers and school staff.

Ford addressed the issue, claimed once again that schools are safe and more than 99 per cent of students are COVID free and that 99 per cent of schools are currently open. But, Health Minister Christine Elliott did suggest that there are some education workers working with kids who have special needs who are a priority.

In addition, Ford said that there would be more restrictions that could be announced as early as tomorrow. The premier made specific reference to Yorkdale Mall, which was overrun with shoppers over the holiday weekend.

“It was absolutely jam packed,” said Ford. “I was truly hoping people wouldn’t be going in there to the volume we saw. Folks, this variant is taking off, please follow the protocols, and stay home. If you need to get fresh air, God bless ya, but do it responsibly.”