Our Toronto playlist of songs that matter | TRNTO.com
Skip to content 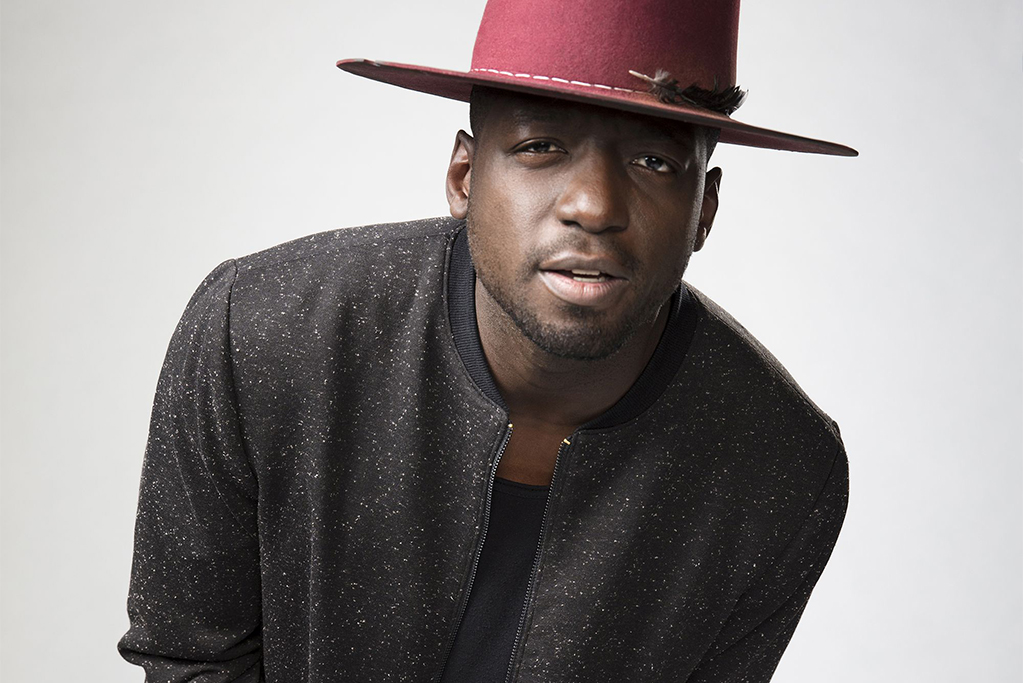 To listen to all our Toronto Songs That Matter go to our YouTube playlist here: trnto.link/TO-songs

Every time I listen to this song, it conjures up all of these emotions and memories about coming and going from Toronto — moving away, moving back, passing through. That first line, “Here I go down memory lane, I’m always sinking with the ship that way,” just kills me. It’s that thing of, “Oh, here we go with the nostalgia again, but it’s still gripping me, and it’s still just as potent as ever.” I grew up around Ossington and Davenport and have since moved back to that neighbourhood, and the record cover for Pink City, the album that this song is on, is a photo of Joe’s Convenience at the corner of Ossington and Dupont. There’s this geographical resonance. Jennifer is a local legend, and she’s inspired so many of us. That’s why this song matters to me.

Back in the day, Tara Chase was one of my favourite Canadian MCs (no matter the gender). She’s a poet with a flow that can propel you into a nostalgic state, especially on this song. It’s the kind of hip hop you prefer to chill out to at home. The music video is dope too.

One of my favourite Toronto artist picks for now and forever is my friend Justin Rutledge. We’ve been pals and neighbours for 15 years, orbiting and comforting each other throughout many moves, heartbreaks and coming to terms of what the new digital era has had in store for us.

I remember JR playing this song at the Cameron House, in my back garden and on main stages across the country, but it’s always felt relevant. I played on that record. I still live in Parkdale, and so much has changed, but it still feels like a gentle insistent anthem.

I can’t remember where I first heard the song “Mushaboom,” by Feist off her 2004 album Let it Die … definitely not in 2004, as I was still living in Europe going to high school. But I can tell you once I turned 30 and came across the song again (probably from my girlfriend playing it non-stop), I really started to notice the lyrics.

Rarely has a song spoken, so specifically, to the exact situation I find myself in.

She talks about how one day she hopes to be able to escape the city for a little slice of land in the woods to call her own.

Maybe it’s wishful thinking … but, for now, “Mushaboom” creates a world where I can escape to the woods for at least three minutes and 44 seconds of bliss.

Every song on the album seems to be an outlier, and “Anew Day” is no exception: an upbeat gospel tune with a vocal melody that constantly skirts and defies expectation. Mary’s beautiful drawl makes the exact lyrics less important than the overall impression of sadness, resilience and rebirth she conveys. While the album is a meaningful time capsule for the Toronto music community of the ’80s and ’90s, its genre-less and unfettered quality is embedded in the DNA of Toronto’s current scene.

Born Ruffians: “Shine a Light,” by The Constantines

When we moved to Toronto to try to make it as a band, we would go and see the Constantines every chance we got. They were the best live band we had ever seen, and we wanted so badly to understand and be a part of their magic, and thankfully, they were playing a lot of shows in Toronto at the time. “Shine a Light” was such a highlight at every show because the band would all raise their hands high in the air until everyone in the room was also raising theirs. It wasn’t like a “Hey put your hands up everybody!” moment at all. It was more like they were possessed, using their superpowers to get the entire room to follow them.  And we did.

Donovan Woods: “Who Hurt You?” by Daniel Caesar

A song by a born-and-raised Toronto artist that mentions Caribana. I’ve been obsessed with it since it came out. I love how it’s formed. I love that it doesn’t overexplain itself. The protagonist, ostensibly Caesar, has fallen for an exotic dancer and believes that she loves him. I mean, she doesn’t. “You make me feel so primal and, that’s what I am, I’m just a man,” he says. I remember that feeling in my 20s. Some sense that I had discovered the plain simplicity of my sexuality and, therefore, my life. I know now, of course, that nothing is that uncomplicated, and much of this song’s conceit is, at its core, rotten, but the melodies are foreboding enough that we sense Caesar knows that. The truth is hanging above it all, like a nightclub just before the fluorescent lights get flipped on.

Nikki Yanofsky: “Gold In Them Hills,” by Ron Sexsmith

I love the contrast of the super-clean production, instrumentation and melody against his amazing and unique voice. This song gives me the shivers each time I put it on. Ron has so much character and emotion when he sings. “Though our troubles seem like mountains, there’s gold in them hills”…. This song is all about the beauty in the struggle, which is something a lot of people can relate to, especially as I write this. Ron’s penned some of my favourite lyrics of all time. It was hard to choose just one song of his for this article. He is a true poet.

My brother introduced me to Jason Collett’s album Idols of Exile in 2005. Through and through it is a classic album. The production is raw, the songwriting sublime and the musical performances pristine. “Brownie Hawkeye” stood out for a few reasons. For one, who writes a song about a Brownie Hawkeye? Ironically it was a gift I got from my now wife for her birthday when we were first dating. It evokes the idea of seeing our present life through a vintage lens. Summer nights, old Chevys, stargazing at night, and “bending pines.” What’s not to like? Thank you, Jason and Co. for a perfect song.

Ohbijou was around when my family first moved to Canada in the mid-2000s. “Balikbayan” also came out around the time when we started learning kulintang pieces together as Pantayo. So to me, both Ohbijou and “Balikbayan” are specific markers of time and place during a transformative chapter of life. To see a Canadian band fronted by a person who looks like us was encouraging in the beginning stages of forming as a group. And to know that a song like “Balikbayan,” an ode to diasporic Filipinos, can be played on Canadian airwaves paved the way for artists like us to be able to have our identities also be part of our art-making. It’s very Toronto to have a complicated relationship with and connections to ideas of home.

The sounds are warm and almost tangible, it might be better to describe how this song tastes rather than try to describe the effect of its frequencies. Matzo ball soup? The warmth of the broth as it slides down your throat is augmented in texture by light and somewhat granular dumplings; a comfort you return to over and over again. Joseph’s track is just that: a comfort I return to over and over again.

The Deadly Snakes are one of the most kick-ass bands to ever come out of deep Toronto. Rock ’n’ roll to the core, soulful as all get out, raw and immediate, the Snakes’ chaotic and stripped-down style brought a wild party that you could get lost in. All of their records are required listening, but Love Undone, their first full length, is my first love. It’s tough to choose one song, but “I Gotta Plan (for Saturday Night)” is a good start. Turn it up, dance your ass off and imagine a Toronto before the condos took over. Just imagine.

I heard and performed Jack Marks’ “Maggie’s Hardware Store” many times before I met the man behind the song and well before I heard the actual recording. For our band, and a dozen other musicians, The Cameron House was the home that took us in and gave us a steady place to play. Whether joining our friends playing it live on stage or drunkenly slurring through the lyrics during late-night jams, “Maggie’s Hardware Store” served as the lingua franca among us at the Cameron, learning it and passing it on like a traditional folk song. This song’s strength, along with many from Marks’ album Blues Like These, lies in its musical simplicity coupled with the sort of lyrical wit and turn of phrase that crosses genre boundaries across musicians and listeners alike. Hearing this song will forever transport me back to playing music with new and old friends at a time when our musical identities were just beginning to form.

There are two versions of this song out there that I’ve heard but this is the one really did it for me. Equal doses of hardcore and Detroit rock distilled into a maelstrom from one of a bunch of local bands showing me (the impressionable youngster) for the first time the possibilities of music and thought up close. The recording is kind of murky but that’s what I love about it; the song slowly reveals itself to you over multiple listens. I listened to this kick-ass jam so much that I think its DNA has imprinted on me.

This song has a lot of strong meaning for me because I know the story behind the lyrics. It’s rather tragic and quite beautiful. But also, Sandro represents the creative side of Toronto to me.  Growing up in this city and making music, playing in bands Sandro was the first person I saw that made me stop and realize how far we could go with things and still have it be beautiful and accessible.  This was inspiring to me and a turning point in my own musical development.  I still think he is one of the most creative musicians in Toronto and he continues to blow me away every time he puts music out.

Jaunt: “Gardens in the Sky,” by Martha and the Muffins

Here’s a song by a Toronto band that I think isn’t discussed enough. It’s a really beautiful song that definitely has been in heavy rotation for me in the last few years. It’s a deeper and more lush track than a lot of their other output, largely due to the production by Daniel Lanois.

Jeff Giles of Jane’s Party: “I Know,” by Zeus

Sometime in the summer of 2009, I remember Devon dropping by my place and raving about this Toronto band, Zeus, who he’d recently seen play at the Dakota Tavern. He said they sounded like a heavier hitting version of The Beatles White Album. So of course, I was immediately intrigued. Somehow the EP he picked up from the show found its way into my truck, and I can’t even count the number of times I looped through that incredible five-track rotation. One song off that EP that stood out for me was “I Know.” It transports me back to a time where the future was unpredictable and nerve-racking, but so exciting and exhilarating at the same time knowing there were bands like Zeus from my own hometown making music that resonates so deeply with me. 10 years later Jane’s Party gets to share in creating a record with Carlin and Mike of Zeus, recording our next full-length album.
BACK TO HOME