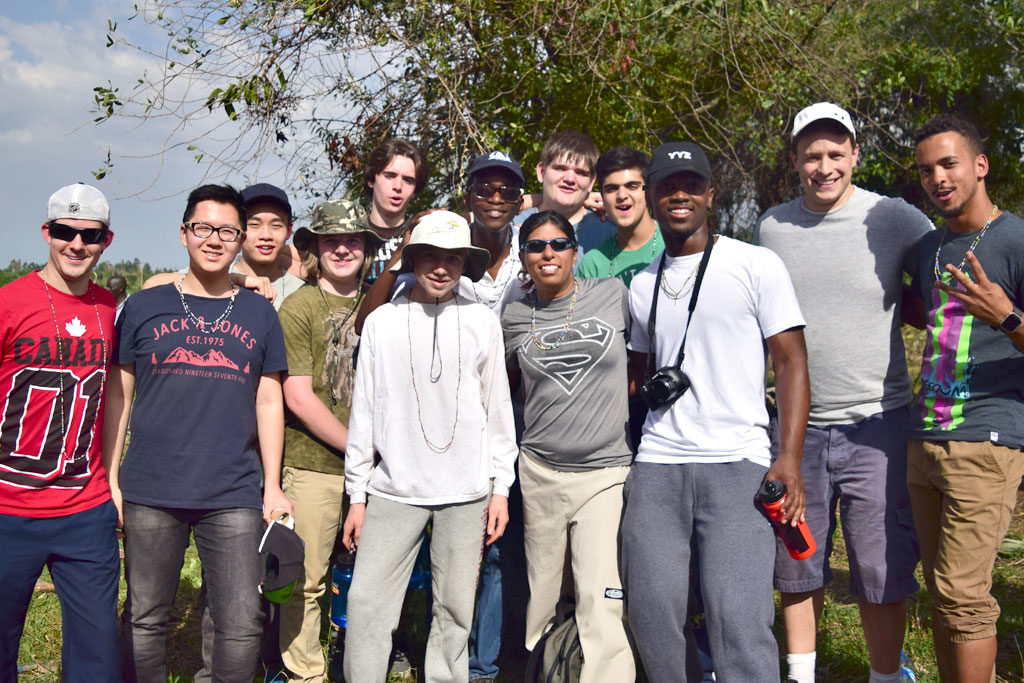 Toronto private schools, such as Upper Canada College and Branksome Hall, are known as some of the most prestigious in the country, and they have price tags to match. Outreach programs, like African-Canadian Christian Network (ACCN), provide opportunities for students to excel in an enriched environment, helping to bridge the gap between students from lower income areas and private schools.

Angelous Ginanena is one such student. The athlete and science buff was connected to UCC through ACCN in Grade 8, and he’s now heading into Grade 11 in the school’s International Baccalaureate (IB) program.

As a strong basketball player, diligent student and humanitarian (he travelled to Kenya with Me to We to build a school this past March), Ginanena has success in all areas at school. He says his time at UCC has made him a well-rounded team player, and he doesn’t regret the decision to enrol in high school outside of his hometown, Markham, despite the long commute times.

Ginanena says his plan is to go to medical school after graduation, and he’s still deciding between pathology and pediatric neurology.

His mother, Levina Kahunba, says she began researching schools offering the IB program when she learned her son was gifted and needed more of an academic challenge than the public school system could offer.

“He was doing well in school, but he was really not challenged. I thought maybe he should go to an IB school, and I heard about the financial aid program at UCC through ACCN, so I thought, ‘Let’s try this; if you get it, you go,’” she says.

Kahunba says the UCC community has welcomed her family and she’s grateful that her son had the opportunity to switch over to the private school system.

“The broader goal is to ensure our students are part of a pluralistic society.”

“I really appreciate the fact that they’re giving these opportunities to our kids. It’s been a great way to network, and it’s an environment where everyone is down to earth and so inviting. All the driving and picking up and dropping off has been worth it,” she says.

David McBride, vice-principal of enrolment management at UCC, says ACCN has connected the school with some of its brightest students. This fall, UCC will have 17 students who have come through ACCN.

“We’re trying to make ourselves a much more accessible school,” he says. In a city as multicultural as Toronto, he says pluralism should be a goal of every school. “While financial assistance ensures a more diverse student population, the broader goal is to ensure our students are part of a pluralistic society and will help to ensure that Toronto, and the world, will be more accepting of different points of views and perspectives in the future.

Tuition costs at UCC total $31,000 for one year, which McBride estimates only one per cent or less of the population is able to afford. He says the financial aid the school offers and outreach programs like ACCN are essential because they provide opportunities for talented children to receive an enriched educational experience including quality facilities, small class sizes and one-to-one mentoring.

“We’re very proud of the fact that we have $1 million in financial assistance to partner with families and make a Branksome education possible. ACCN is one organization we work with to introduce us to some great families who may not otherwise consider Branksome Hall,” she says.

Carter says one outstanding student in particular comes to mind: Kiana Romeo, a scholarship student who graduated this past spring. For her Grade 12 project, Romeo created art pieces to showcase her experiences as a financial aid student at Branksome Hall and how the school positively impacted her over four years. Romeo’s project motivated her classmates to raise $84,000 to make more scholarships possible for future students.

“It was Kiana sharing her experience that motivated her peers to take action, and now we will have another full scholarship that will be available going forward,” Carter says. “We want to make sure that families are aware that there are financial assistance programs available because a Branksome Hall experience is not as out of reach as some families may think.”