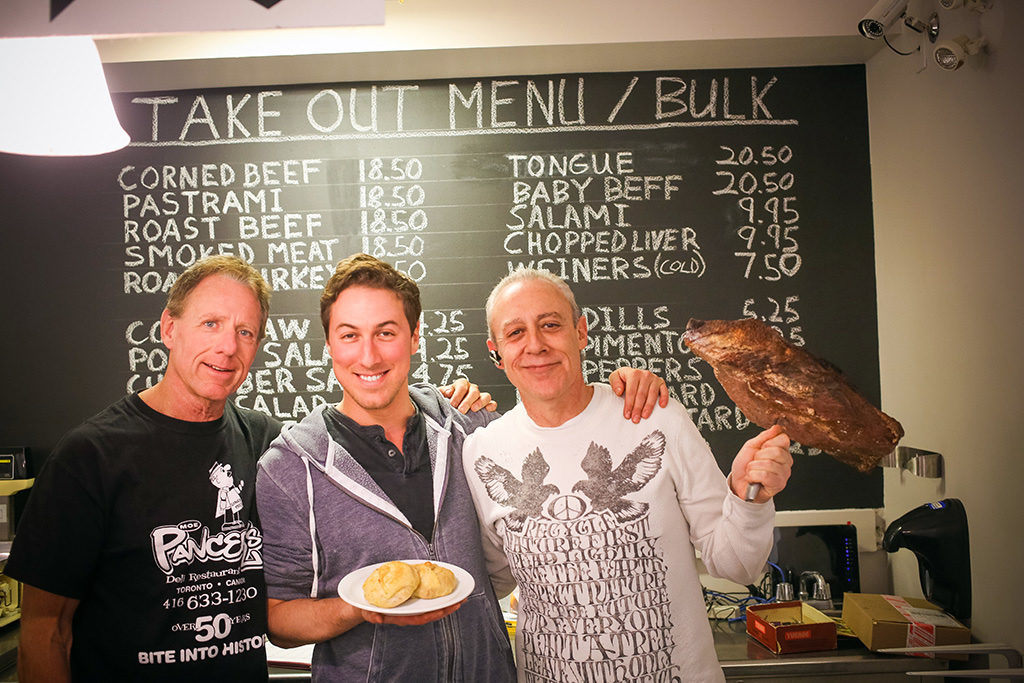 There’s good news for fans of Moe Pancer’s Deli. The legendary uptown delicatessen is back in family hands, and will be re-opening this Friday as Pancer’s Original Deli in the same location.

“We sold the deli in 2010, and it was shutdown recently. I’ve received a number of emails and messages since it closed. The family got together recently, and after speaking to the landlord, we’ve decided to re-open it,” said Lorne Pancer, grandson of the original owner Moe Pancer. Lorne was quickly joined by his older brother Michael, and a number of his cousins who saw an opportunity to bring the original deli back.

The address is the same, but the interior is getting somewhat of a facelift. “We want to maintain the old-school charm and comfort of the space, but we’re going to freshen up the look a little bit,” said Pancer.

This means that the 52-seat restaurant will be dressed with black vinyl booths, and a large chalkboard which will display the re-launch menu. “The celebrity and customer photos will be back on the walls, as well,” Pancer elaborated.

All this happened very quickly, Lorne and Michael along with a number of other Pancer family members took over the Bathurst location about a month ago. 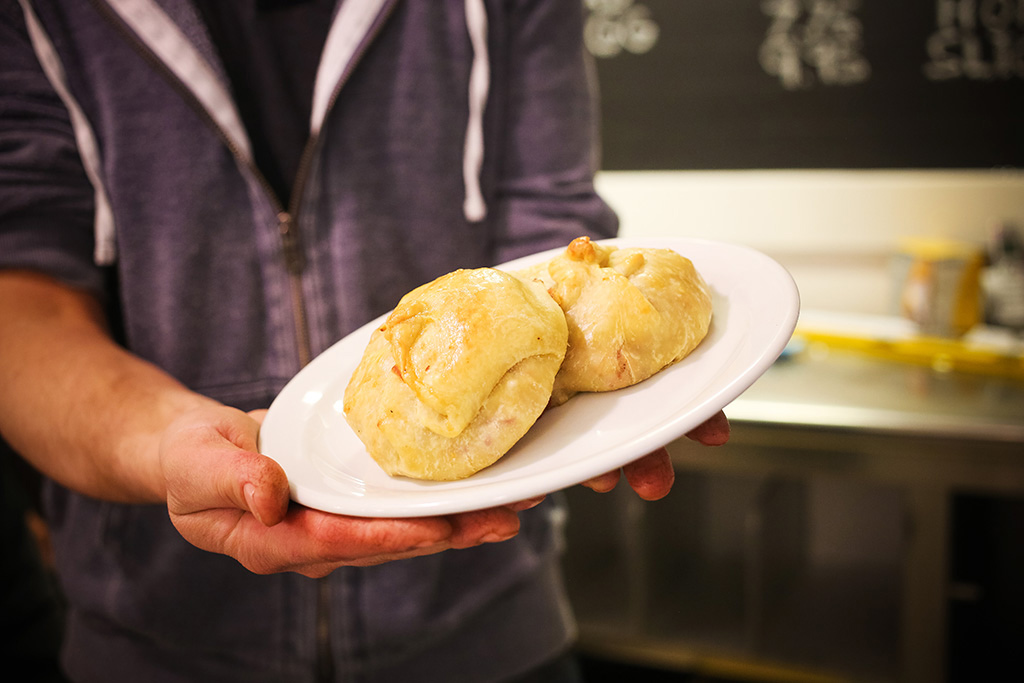 Julian Pancer holds his take on knishes that will be on the new menu.

Michael chose his son, Julian, to be the executive chef for the re-launched deli. The 28-year old chef operates a personal chef catering service, but has also has spent some time in notable kitchens across downtown Toronto, from Tavern by Trevor, to Stock at the Trump Hotel (now America Restaurant, and Ciao Wine Bar.  Julian recalls that he spent many summers as a youth working at the original deli.

“I didn’t want to re-write the menu. We have a solid foundation of dishes, plenty of classic family recipes. I saw some room for improvements with flavouring and for new dishes. So I’m excited about those,” Julian said as he pulled a tray from the oven. “This is a test batch of house-made knishes that I’m working on. I’m also going to be debuting some house-made kishkas with all natural ingredients, no casings of any kind, completely vegan. There will also be a healthy salads menu as well.” 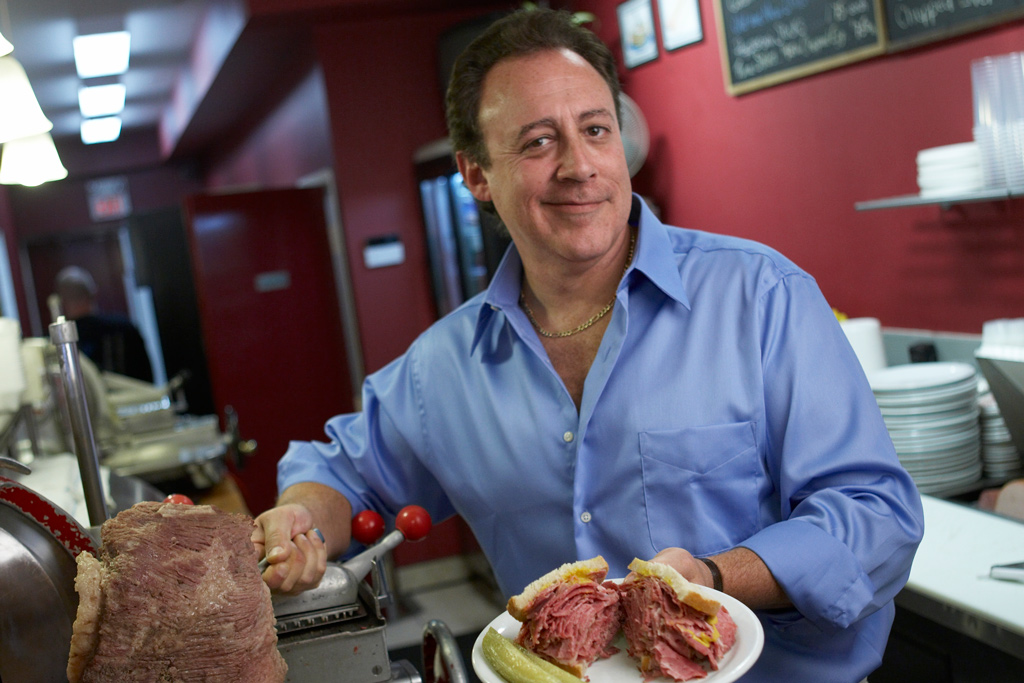 Lorne Pancer in the original deli from a 2008 file photo

The meat still comes in from Chicago 58 Food Products in Woodbridge. Much of the menu will still focus on classic deli items, from an array of appetizers and small plates (cabbage rolls, kishkas, chopped liver with bread, latkes) and of course, the deli sandwiches and platters.  “We’re going to cook fresh every day. Everything, as much as possible, will be made in house. So if you have a pastrami sandwich at 5pm on a Tuesday, it was made at 9am that morning. We’ll also be eliminating the use of any nitrates,” said Lorne Pancer.

Julian Pancer also has plans to expand his menu in the near future. “This is the first step, to be up and running again. I’m looking and getting our own in-house smoker soon. We’re going to be making our own hamburgers fresh in house. We’ll be using brisket trimmings as a topping.”

Starting with the official reopening on Friday, the deli will be open seven days a week, from 8 a.m. to 8 p.m.